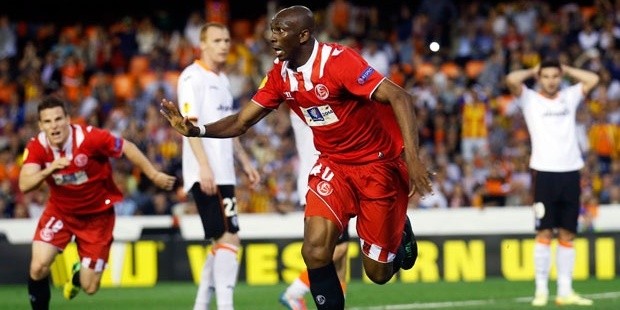 Sevilla’s on loan midfielder Stephane M’Bia has revealed his excitement at being linked with Liverpool, fueling rumours of an impending summer move, but long-term target Xherdan Shaqiri has stated his desire to remain at Bayern Munich beyond the summer. 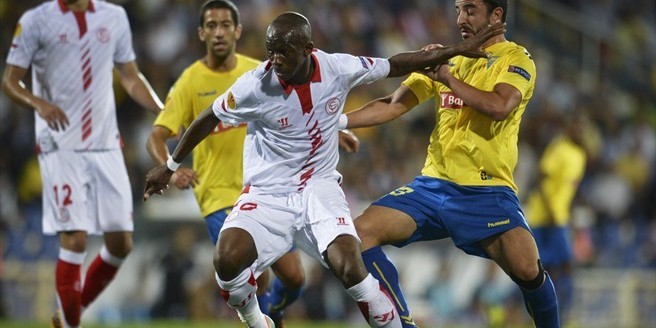 Cameroon international M’Bia, who has spent the last season in La Liga on loan from Championship side QPR, has been excellent in the defensive midfield role for Sevilla, was the club’s hero in the Europa League last month, having scored a stoppage time goal to beat Valencia and put his side through to the final of the tournament.

But the 27-year-old seems to have his heart set on a move to Liverpool in the summer, telling ‘Estadio Deportivo’ of his happiness to be linked with Brendan Rodgers’ side:

“Yes, for me is something to be happy,” M’Bia said,

“I have worked well and now many clubs want to do something with me. I have raised my level and several agents have already asked,”

Meanwhile, Swiss winger Xherdan Shaqiri has claimed that he is to stay with Bayern Munich beyond the summer.

Shaqiri, 22, has been a bit-part player for Bayern ever since his move to the Bundesliga giants in 2012, and had been linked with a move to Liverpool in January.

But the attacker has told Swiss publication ‘Blick’ of his intention to stay at the Allainz Arena.

When asked “Where will you be playing next season”, Shaqiri replied “Still at Bayern”. Pretty cut-and-dry then!

This surely puts paid to any lingering interest from Liverpool, and from Manchester United, who had reportedly also been after the Swiss flyer a few months back.

What do you think? Who is more needed at Liverpool, Shaquiri or M’Bia? Get involved in the comments below…