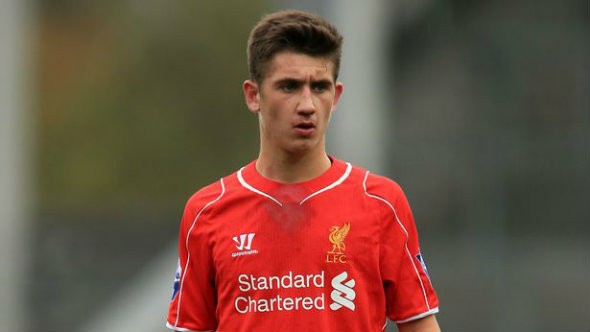 Liverpool midfielder, Cameron Brannagan, has joined Fleetwood Town on loan till the end of the season.

A statement on the club’s official website read: “Cameron Brannagan has joined Fleetwood Town on loan until the end of the season, Liverpool FC can confirm.”

The 20-year-old will spend the rest of the 2016-17 campaign with the League One side. Brannagan, a product of the club’s youth academy, broke into the first team last season, but has dropped back down the pecking order.

He has also lost his U23 captaincy to Harry Wilson, and has cut a disappointing figure in the Reds’ academy this season. He, otherwise, is an accomplished midfielder who can play in multiple positions.

Brannagan made nine first-team appearances in total under Brendan Rodgers and Klopp. He will be hoping to get regular game time at Fleetwood to regain his confidence. He becomes the second Liverpool player to have joined Fleetwood this month, after left-back Joe Maguire signed on a permanent deal.

He is the fifth player to leave the club in January overall, with Maguire, Tiago Ilori, Pedro Chirivella, and Lazar Markovic (either on loan or permanent move) being the other four. There could be one or two more departures before the window closes, with Mamadou Sakho widely expected to seal a move away before Tuesday, Southampton and Crystal Palace being his most likely destinations.