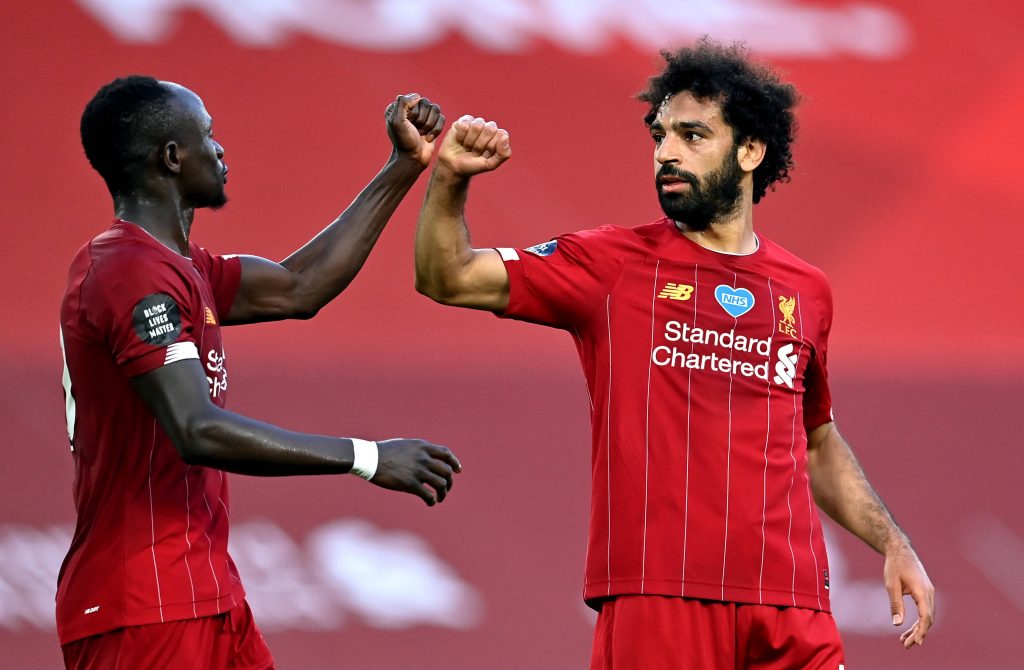 Liverpool have become the latest club to show interest in Borussia Dortmund winger Jadon Sancho, as reported by Jan Aage Fjortoft on Twitter.

Sancho has received a lot of praise since his move from Manchester City to Germany back in 2017 when he was just 17-years-old. In his 102 Bundesliga appearances, he has scored 38 goals and recorded 43 assists.

His exceptional performances in the last three seasons has earned him 18 caps for the England national team and has also attracted the attention of some of Europe’s biggest clubs.

Last summer, Manchester United were involved in the headline transfer saga of the window. However, they were unwilling to pay Borussia Dortmund’s €120 million asking price, so Sancho stayed at the Signal Iduna Park.

The Red Devils are reportedly planning to make another move for the winger this summer and were handed a boost after Goal reported that his price tag had been reduced to €90m. Bundesliga giants Bayern Munich are also said to be part of the race for his signature.

According to former footballer and ESPN reporter Jan Aage Fjortoft on Twitter, Liverpool boss Jurgen Klopp is keen on bringing the 21-year-old to Anfield. However, there is a catch – they would have to sell Mohamed Salah or Sadio Mane to afford his fee.

If Sancho came to the Reds ahead of next season, he would almost certainly cost a club-record fee, surpassing the £75m spent on Virgil van Dijk back in January 2018.

The Dutchman was brought in using funds from the sale of Philippe Coutinho to Barcelona in the same transfer window.

Salah has been a superstar for Liverpool since signing from Roma in 2017. In his debut season, he broke the record for most goals in a 38-game Premier League season, netting 32, and also inspired his side to the Champions League final.

He won a second successive Golden Boot in the following season and added another 19 league goals in 2019/20 as Klopp’s side finally got their hands on the Premier League title.

This season, he is just one goal off top scorer Harry Kane with four games remaining. In total, he has scored 123 goals for Liverpool in 199 appearances in all competitions.

Mane has also been excellent since arriving from Southampton in 2016. He has scored 95 goals in 214 outings at the Merseyside club, including one in the Champions League final against Real Madrid in 2018. His strikes have helped the club to a Champions League trophy and a Premier League title.

However, the Senegalese winger has had a fairly disappointing campaign, especially in 2021. Since the turn of the year, he has found the net on just three occasions in 16 league appearances. Nonetheless, there would still be plenty of clubs willing to take him if he became available.

A move for Sancho could depend on whether they qualify for the Champions League. Liverpool are currently in sixth place, six points off the top four with a game in hand.

A player of Sancho’s ability is unlikely to settle for a Europa League place, especially when Bayern Munich and Man Utd can offer him Champions League football.