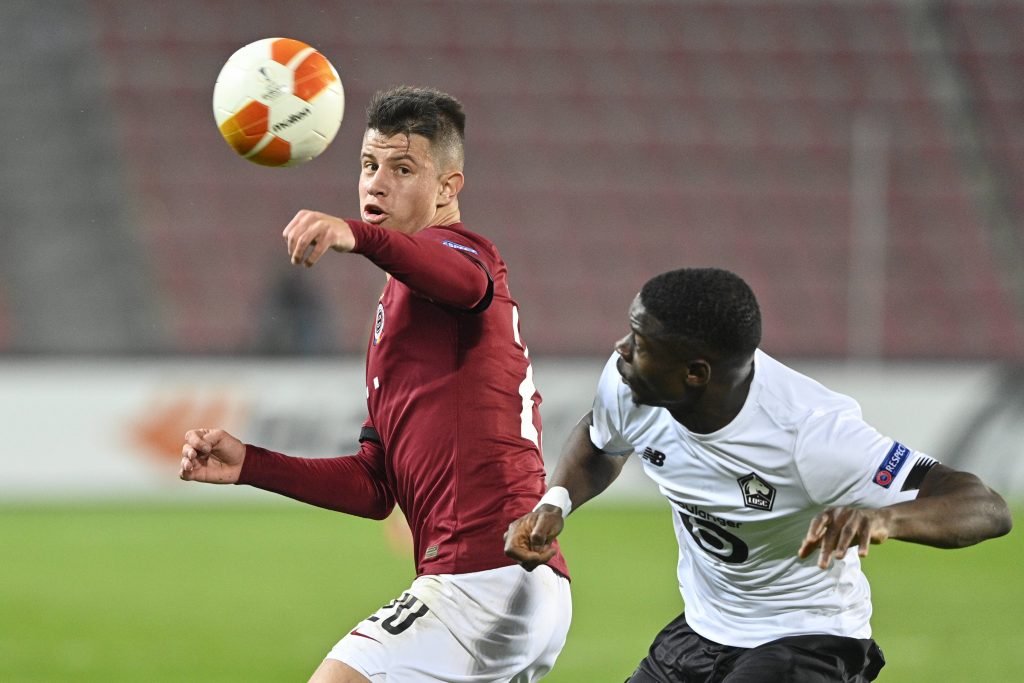 According to Football Insider, Liverpool are keen on signing Sparta Prague striker Adam Hlozek as they look to strengthen their squad.

The 18-year-old has caught the attention of Reds’ scouts, but they are not the only Premier League club interested in his services.

West Ham United are also said to be keeping tabs on the £30 million-rated Hlozek as manager David Moyes looks to bring in a direct replacement for Sebastien Haller ahead of the new season.

Bayern Munich, Borussia Dortmund and Juventus are also monitoring the teenager, and both Liverpool and the Hammers have their work cut out for them.

Liverpool scouts have been impressed with what they have seen in Hlozek, and they believe he can slot straight into manager Jurgen Klopp’s first team.

The Czech international is strong, quick and a brilliant finisher.

The Anfield recruitment team believe he would not have a problem fitting perfectly into Klopp’s style of play.

The striker has bagged five goals and eight assists in 16 games this term after ending last season with nine goals and nine assists in 39 appearances.

Despite his age, Hlozek has plenty of experience under his belt, with 73 first-team games to his name.

While the Premier League is a different ball game, his compatriots at West Ham – Tomas Soucek and Vladimir Coufal – have proven that it is possible to hit the ground running in the English top-flight immediately after leaving the Fortuna Liga, and the 2019 Czech Talent of the Year will likely follow in their footsteps.

While a move to Liverpool would be appealing, Hlozek is not likely to force his way into the Reds starting XI, given the top quality available at Anfield.

However, that is possible at the London Stadium, where Michail Antonio perennially struggles with injuries.

The Hammers could also offer European football next term from the look of things, which could boost their chances in the race.

In other news, Ligue 1 star wants Liverpool to sign him this summer.