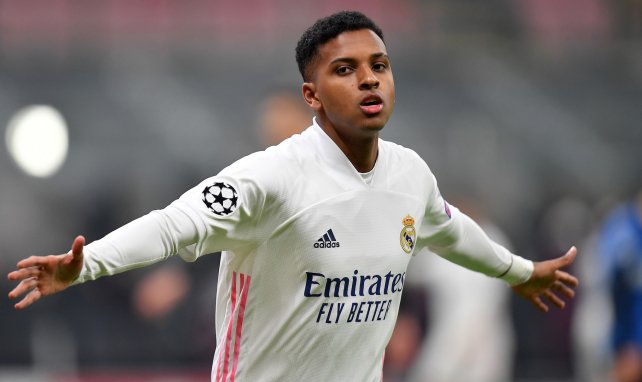 Liverpool are looking to improve their attack and midfield options next month and the Reds have already identified a few targets in recent weeks.

Rodrygo is a top target for Liverpool

Real Madrid winger Rodrygo is apparently on Liverpool’s radar and the Premier League giants are willing to pay around £68 million for his services as per El Nacional.
The 20-year-old attacker has been linked with a January move to the Merseyside club, but it seems unlikely that the Spanish giants will agree to let him leave midway through the season, especially when they are in a title race.
Apparently, Liverpool tried to sign the player at the start of the season as well and they had a £51 million bid rejected for him.
It seems that Jurgen Klopp’s side have not given up on the youngster yet and it will be interesting to see whether they can pull off the signing in the coming weeks.

Liverpool have been linked with a move for the Porto winger Luis Diaz in recent weeks and according to Record (h/t Mirror), they have now been handed a massive boost.
Apparently, the Portuguese outfit are under financial pressure after crashing out of the Champions League and they could be forced to sell a couple of their star players next month.
The 24-year-old has scored 10 goals in 13 appearances for Porto this season and the Colombian international would prove to be a quality addition for the Reds.
Liverpool are set to lose the likes of Mohamed Salah and Sadio Mane during the upcoming African Cup of nations and Jurgen Klopp needs to bring in alternatives so that the Reds can continue to fight on all fronts.

The Borussia Monchengladbach midfielder will be a free agent at the end of this season and the German club could look to cash in on him next month period
According to a report from Calciomercato (h/t Sportwitness), the likes of Juventus and Roma are keen on the player as well.
The player is thought to be keen on a transfer next month and a fee of around €12 million could get the deal done.
The Reds need to add more depth to their midfield after the departure of Gini Wijnaldum at the start of the season and the Swiss international midfielder could prove to be a useful option for Jurgen Klopp.