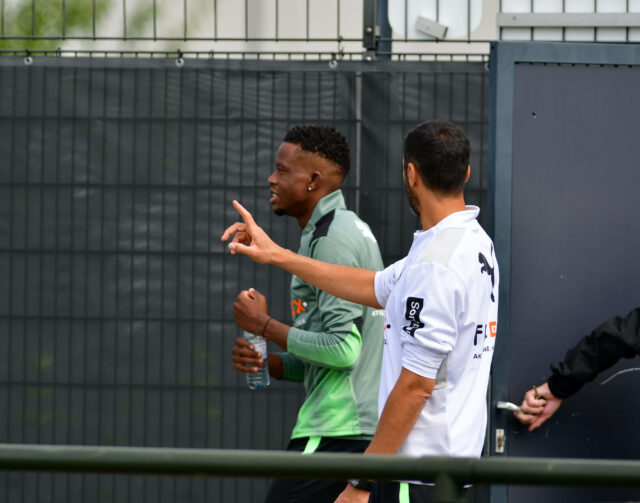 Arsenal are looking to improve their midfield and attack with the signings of Denis Zakaria and Dejan Kulusevski next month.

Borussia Monchengladbach midfielder Denis Zakaria is set to leave the club when his contract expires at the end of this season and the 25-year-old is thought to be a target for Premier League giants Arsenal (h/t 90min).
The Gunners need to add more quality and depth at the centre of the park and Zakaria could prove to be a bargain addition for them.
The 25-year-old has proven his quality in the Bundesliga with Gladbach and he has the ability to succeed in the Premier League as well.
Arsenal are not the only club interested in signing the Swiss international and the likes of Bayern Munich, Barcelona and Juventus have been linked with the player as well.
The German club have confirmed in an official statement that Zakaria has informed them of his intention to leave in the summer and he will not be signing a new contract but the Bundesliga outfit.
Meanwhile, the midfielder wrote on Instagram that it is a very difficult decision for him to leave Gladbach but he needs to take the next step in his career for his personal and professional development.
It will be interesting to see whether Arsenal decide to wait for the midfielder until the end of the season. Given the competition for his services, it would be wise of the Londoners to make a move during the January transfer window and sign the player for a knockdown price.

Meanwhile, the Gunners have been linked with a move for the Juventus winger Dejan Kulusevski as well (h/t Football Italia).
The 21-year-old has fallen down the pecking order at the Italian club and he needs to leave in order to play regularly.
Arsenal need to add more depth and quality in the final third and the young winger could prove to be a quality long term addition for them.
The player is available for a fee of around €35-40 million this summer and the likes of Tottenham and Bayern Munich have been linked with a move for the Swedish international as well.
Join 888sport and enter bonus code BOX45 to get £45 in Free Bets when you bet £10 on any football match.
Tags
Arsenal Borussia Mönchengladbach Bundesliga English Premier League Juventus Serie A Transfer News & Rumours