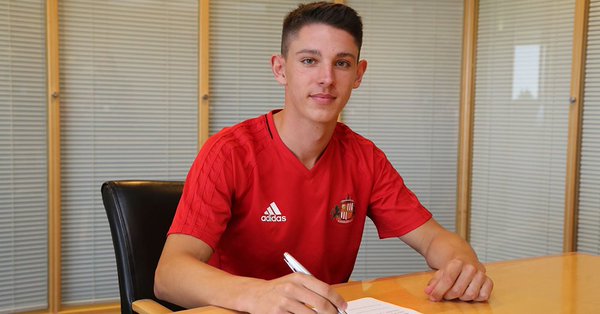 Liverpool have confirmed midfielder Jordan Hunter “was allowed to leave” and has joined Sunderland this summer. The 18-year-old’s departure from Anfield was confirmed by the player on Twitter in early June, and Sunderland revealed on July 2 that they had signed Hunter on a free transfer.

On Twitter, the player said he was: “Excited to be here (at Sunderland) and can’t wait to get started”, but there was no announcement made from Liverpool about his contract expiring or his move to the Black Cats. Sunderland revealed the transfer on Monday, but Liverpool still haven’t issued any statement on Hunter.

I got into contact with the Merseysiders on Thursday, July 4 to clarify the situation and Liverpool Communications Executive Kevin Guy revealed to me at 13:49 GMT: “We don’t announce the departure/publish statements of scholars at LFC. Jordan was allowed to leave the club and has since joined Sunderland.”

Hunter didn’t do enough to earn himself a professional contract at Liverpool which is why he was allowed to leave at the end of the season. The teenager failed to progress from the u18s, but Sunderland have taken a gamble on him and will allow him to develop in their reserve side.

With the Black Cats plying their trade in League One next season, there’s every chance Hunter could be given the nod for the first-team. The 18-year-old made 25 appearances for the Liverpool u18s, having failed to feature for the u19s or u23s.