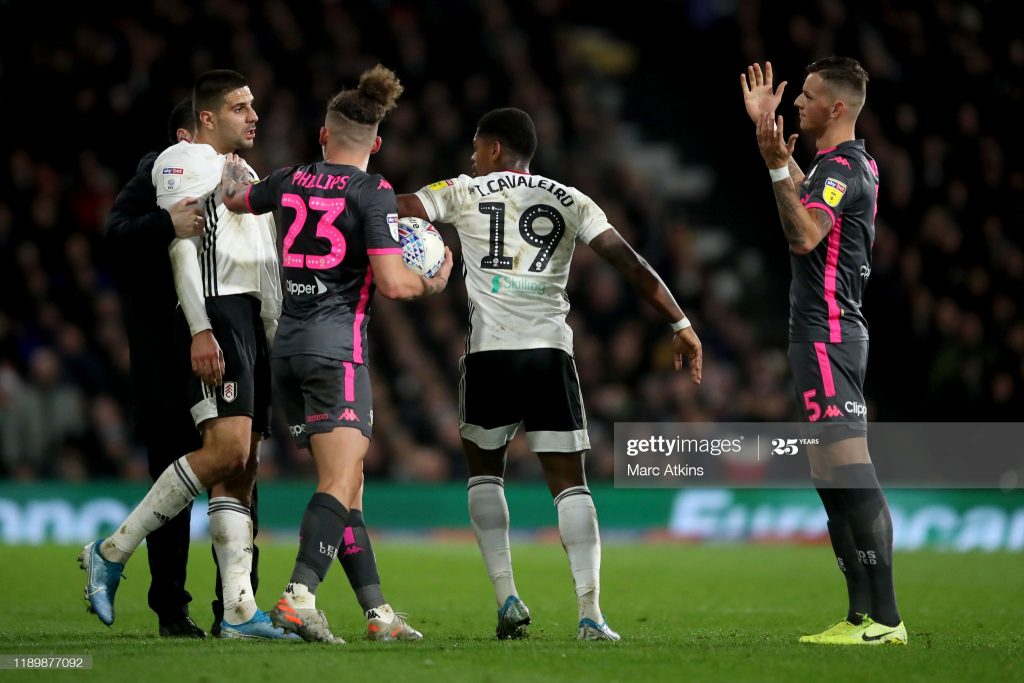 Leeds United will be playing in the English Premier League next term, and the players can’t wait to prove themselves in the top-flight.

Defensive midfielder Kalvin Phillips will hope to force his way into Gareth Southgate’s Three Lions squad ahead of next summer’s European Championship, but he has the likes of West Ham United’s Declan Rice ahead of him in the starting Xi should he get a call-up to the national team.

Ben White is expected to return to Brighton following his successful loan spell at Elland Road, but Leeds are hoping to seal a permanent move.

The defender will be playing top-flight football next term, and it will be interesting to see if he can prove himself at the highest level after his stellar Championship campaign with Marcelo Bielsa’s side.

White and Phillips are currently on holiday, and a West Ham fan has chosen to tease them, telling them they aren’t better than Rice in a short clip. The Leeds duo reacted thus with a hilarious face:

Rice has established himself as one of the best holding midfielders in the Premier League, and he has been linked with a summer move to Chelsea.

The 21-year-old was a mainstay in the starting XI as West Ham secured their top-flight status after a tumultuous campaign, playing every minute of the season.

Manager David Moyes wants to keep Rice and build his team around the youngster going forward, and it will be interesting to see if the Hammers can hold on to one of their most prized possessions and best players.