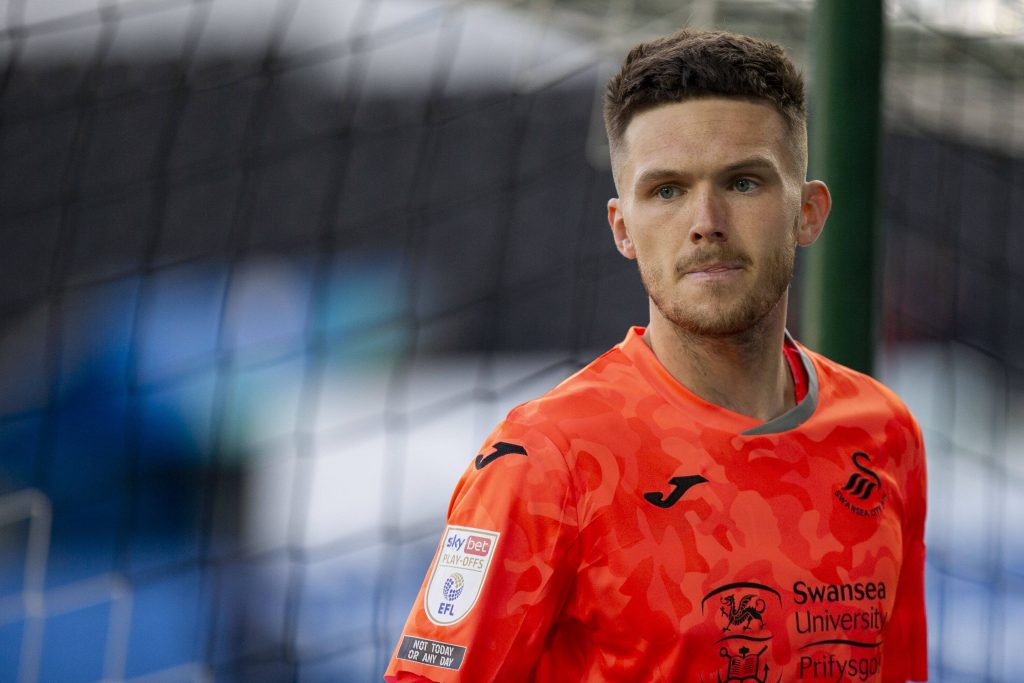 Leeds United want another goalkeeper this summer following the loan exit of Kiko Casilla and have made an approach for Newcastle United’s Freddie Woodman.

That is according to the Yorkshire Evening Post, who also report that Whites director of football Victor Orta hopes to be able to conclude a deal quickly.

Woodman has spent the last two seasons away from Newcastle on loan at Swansea City, reaching the final of the Championship play-offs with them last season.

With Martin Dubravka still the first-choice at St James’ Park and Karl Darlow providing cover, the 24-year-old has no chance of playing regularly if he remains on Tyneside, and another exit is all but guaranteed this summer.

Whether the England youth international would be keen on moving to Leeds is up for debate, with Meslier firmly the number one at Elland Road.

Arsenal have also been linked with Woodman, while Swansea would be keen to have him back as they bid to push for promotion again.

Celtic and Southampton are also keen on the Newcastle goalie, and he has got a huge decision to make in the coming days as he ponders his future.

With two more years left on his Magpies deal, Woodman knows he does not have much time left to prove himself as a future first-team player.

A move to a Premier League club could do his Newcastle future a lot of good.