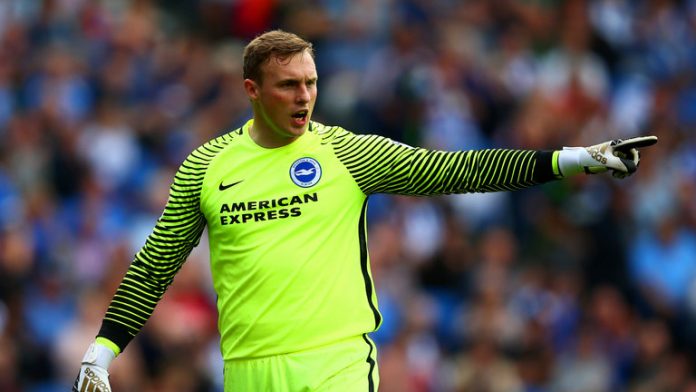 Leeds United are looking to sign a goalkeeper this summer.

As per the latest reports, the Whites have already submitted a bid for the Birmingham City shot-stopper David Stockdale.

Birmingham are prepared to let the player leave but Leeds will need to increase their offer.

Stockdale joined Birmingham on a free transfer from Brighton and he is already unwanted at the club after just one season.

Leeds have recently appointed Marcelo Bielsa as their new manager and it will be interesting to see whether he decides to increase the bid for Stockdale.

The former Brighton keeper could be a useful option for the Elland Road outfit next season. However, he is unlikely to start ahead of Bailey Peacock-Farrell.

The 32-year-old is likely to be a squad player and therefore Leeds won’t want to pay over the odds for his services.

Furthermore, Stockdale hasn’t exactly had a very good season with Birmingham. He was quite inconsistent in the Championship last season despite making 36 appearances.