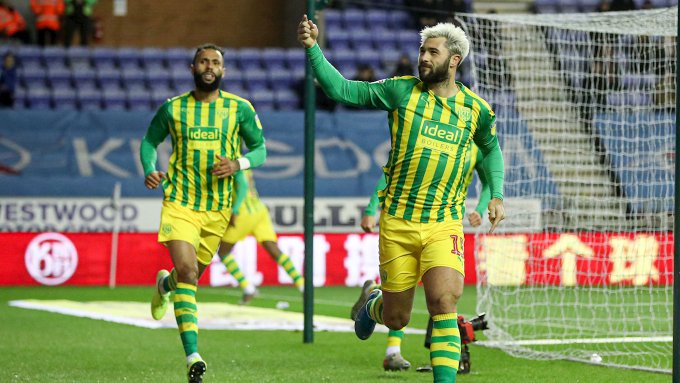 West Bromwich Albion missed the chance to return to the top of the Championship after they were held to a 1-1 draw against Wigan Athletic away from home on Wednesday night.

The Latics dominated the first half and constantly threatened through Josh Windass and Jamal Lowe. In the second half, they took a deserved lead through an own goal from Sam Johnstone.

The 26-year-old tipped a 35-yard Sam Morsy strike onto the post but the ball rebounded back off the Baggies keeper and into the net. The Baggies restored parity through Charlie Austin who scored from a free-kick on the six-yard line.

West Brom are now second in the league table behind Leeds United. Both the teams are on 46 points, with Leeds being marginally ahead with a +1 goal difference.

Leeds won 2-0 against Hull City in their last match on Tuesday.

Many Leeds fans responded to West Brom’s result on social networking site Twitter as they celebrated being top of the league.

Don’t you know pump it up pic.twitter.com/LQxWxogcUu

Top of the leagueeeeee #lufc

Like a bunch of Queens today lol
Skipping around the pitch 😂😂