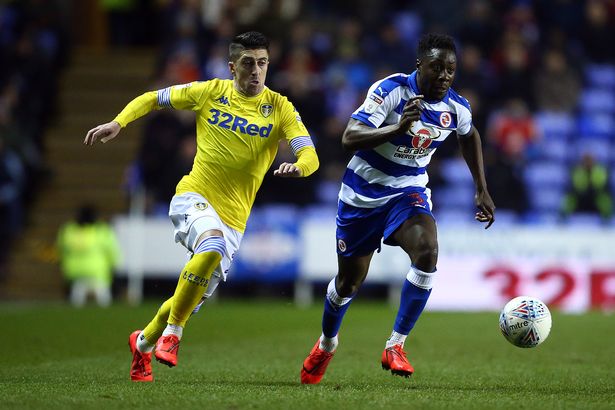 This has been already a memorable season for Leeds United so far, but they still have the big job on their hands of getting promoted to the Premier League.

Leeds United duo – Liam Cooper and Kalvin Phillips have been named in the EFL’s Championship team of the year. However, quite surprisingly, Leeds coach Marcelo Bielsa and arguably the club’s best player – Pablo Hernandez – has not been acknowledged at the governing body’s annual awards.

Both Cooper and Phillips have played a massive role this season for Leeds, and they rightly deserve their place in the line-up announced by the EFL yesterday, putting together votes of all 72 managers across the Championship, League One and League Two.

The omission of Hernandez has come as a shock to many Leeds fans. The Spanish midfielder is the creative heartbeat of the team, but he has been overlooked despite his consistent influence and a tally of 10 goals and 11 assists.

Leeds fans took to social networking site Twitter to express their reaction after the official announcement was made. While they are happy that both Philips and Cooper have made the list, many of them are in disbelief that Hernandez has missed out.

how Pablo isn’t in there is beyond me, and we still have 8games left !!! how can they decide it now

How is pablo not the first name on that list. This is like Messi finishing 5th in the balon dor all over again

Best player in the championship not in the team of the season what a joke.

Yes, Pablo definitely deserves to be in this team, but let’s not ignore the fact that Kalvin and Coops have had remarkable turn arounds from recent seasons and to be nominated for TOTY is unreal. KP always had the potential but Cooper has turned it around massively! #lufc