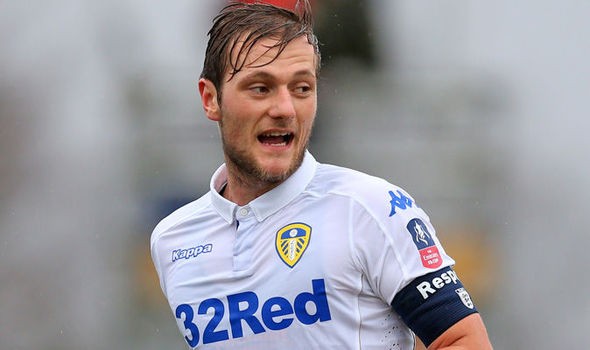 Leeds United maintained their unbeaten run in the season under Marcelo Bielsa with a comfortable win over Rotherham in the Championship clash on Saturday.

With this victory, Bielsa has become the first Leeds boss to start his reign with four straight wins. The Whites started brightly but they couldn’t get the breakthrough. Also, they were fortunate not to fall behind when Jon Taylor’s shot came back off the inside of the post.

In the second half, Luke Ayling put Leeds ahead with a diving header. Samu Saiz had a shot cleared off the line as Leeds looked for the winner. Kemar Roofe, who scored twice against Derby County, slotted in from a tight angle to earn all three points for Leeds.

Overall it was a good performance from almost every Leeds player, but the Whites fans were far from impressed with the performance of skipper Liam Cooper.

The 26-year-old made big errors in the first half and he was fortunate that they were not punished. He was very sloppy with his passing, and made a block with a hint of handball. He improved after the break, but many Leeds fans pointed out his poor habit of losing concentration.

Leeds fans took to Twitter to express their reaction on Cooper’s performance, and most of them weren’t impressed with his efforts. Here are some of the selected tweets:

Armchair fan? I live almost 300 miles away from Elland Road and was a season ticket holder for the best part of ten years. If you think Liam Cooper isn’t prone to mistakes and a liability you’ve been watching a different side the last two years. He was so dodgy today.

I have watched Cooper on countless games last season and he was diabolical. He’s an accident waiting to happen.

Cooper is prone to mistakes. He’s the weak link. Sooner or later he’ll cost us a goal or two. He’s been lucky so far.

Why do successive managers keep picking Cooper? He is so bad, a total liability.

Hard to believe on the way back from the game there was people on the bus saying Roofe, Cooper and Phillips are not good enough … don’t know what these people are watching #lufc

Cooper joined Leeds in 2014 and is one of the experienced players in the squad. He has improved over the years, no doubt, but he is prone to lapses in concentration. With Jontus Jansson lurking on the bench, he must cut down on those mistakes quickly.