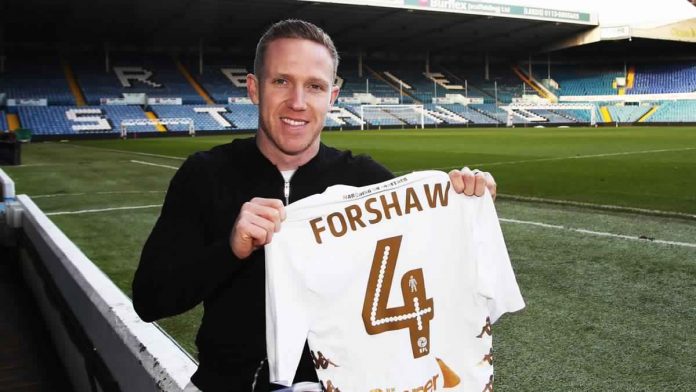 Leeds United earned a 1-1 draw against Nottingham Forest at Elland Road on Saturday, and in the process maintained their unbeaten run in the 2019/20 Championship campaign.

It was a very good performance from the Whites, but once again Leeds paid the price for not being clinical in front of goal. They created so many chances but failed to convert those when required.

One of the players who impressed during the game was Adam Forshaw and Leeds United fans were full of praise for him after the match.

I was a bit pissed off with how much flak Forshaw took today, from the fans around me. He made a couple of mistakes but he was involved in so much & broke up loads of their play. I thought he was in the running for m.o.m. #lufc

I’ve always been in the Adam Forshaw fan club #lufc

Forshaw played well today. I thought klich was poor. He looks off the pace

I thought Forshaw plated well bud to be honest!! But him and Kalvin are not attacking midfielders!

I thought Forshaw was immense today. Tenacious and responsible for a lot of disposession and subsequent good link up play

Good day watching Leeds today, unlucky not to win thought Forshaw played well so can’t understand any criticism of him. Referee was very poor but that shouldn’t be a surprise. #lufc #mot #Nffc

Forshaw, Cooper and Dallas will always be the scapegoats unfortunately. Thought that was Forshaw’ best game and Dallas was solid, not bad for a LW playing RB.

Forshaw mom for me today

Arguably, it was the best performance from the 27-year-old midfielder since he joined Leeds in 2018.

The former Middlesbrough midfielder made tackles, played some brilliant diagonal passes to initiate the attack, and was equally good in breaking down opposition threats.

He made two tackles, one interception, and made 60 passes during the game. In fact, no player made more ball recoveries than him (12) against Forest.

Forshaw is often criticised for being too safe with his sideways passes, but he certainly looks a different player this season under Marcelo Bielsa.