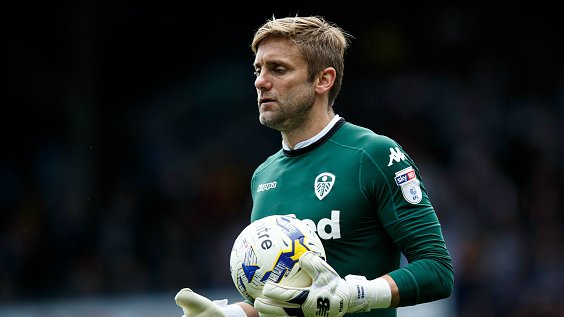 Leeds United return to winning ways after beating Bristol City 2-1 at Elland Road on Tuesday night. With this victory, they have cemented their fifth position in the Sky Bet Championship.

Chris Wood and Pablo Hernandez scored the goals for Leeds. A quick free-kick from Hernandez led to the opener from Wood, who scored his 22nd goal of the season. Hernandez doubled the lead for the hosts with a deflected effort shortly after half-time.

Bristol City pulled one back in the dying minutes of the match, a mere consolation, through substitute, Milan Djuric. Leeds, having lost to Huddersfield and Cardiff in their previous two games, have bounced back strongly to consolidate their place in the play-off positions.

Garry Monk, the Leeds manager, seems pleased with the win, and he was particularly happy with the performance of his goalkeeper, Rob Green. In the first half, David Cotterill tested Green with a long-range free-kick, but the former England international was equal to the task.

Green made some good saves during the match, especially towards the end, but couldn’t keep a clean sheet as Djuric finally beat him with a header from a corner.

Monk said after the match:

It was a good response and pleasing to get the three points. There was a little bit more pressure and expectancy on us to get the result tonight.

It was the first time we had suffered back to back defeats in the start of the season, so we are happy to get the win. Bristol created a few chances and Rob Green made some good saves for us. Five extra minutes were issued, their goal came in the sixth, so it was disappointing as the game should have been over.

Let us take a look at some of the best reactions from Twitter:

Got the result we needed tonight! Good performance from the lads and as always the fans were class! #lufc #MOT

Great night ! Very happy to be back in the team and to end the game with the 3 points ?? amazing support from you guys like always ?? #MOT