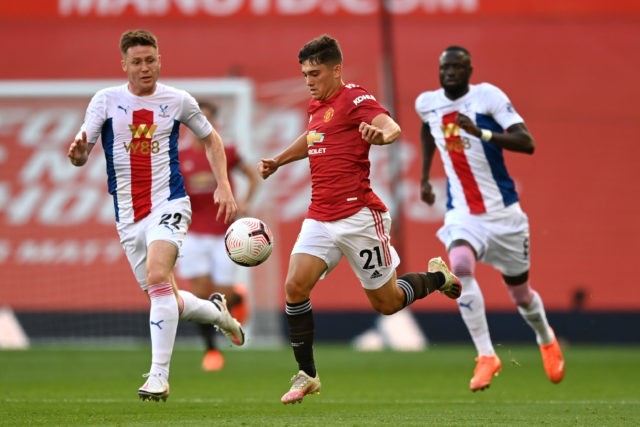 Leeds United have shown interest in signing Daniel James from Manchester United this summer, but the move looks unlikely at the moment.

The Mirror journalist David Anderson claimed earlier this week that the Whites are interested in signing the 22-year-old on a season-long loan.

James, who joined Manchester United in 2019, has been targeted by Leeds boss Marcelo Bielsa who wants to add depth in their attacking department.

The former Swansea winger was dropped from the United squad that won 3-2 against Brighton yesterday and it left the Leeds fan base excited.

However, according to Rob Dorsett of Sky Sports, James has told Ole Gunnar Solskjaer that he wants to stay at Old Trafford and fight for his place.

He claims that Leeds have submitted a loan offer already for the exciting winger, but James is not looking to move at the moment.

However, the situation could drastically change before the transfer deadline if United manage to sign a quality winger or Jadon Sancho.

Dan James has told Ole Gunnar Solksjaer he wants to stay at #mufc and fight for his place, despite a loan offer from #lufc. Situation likely to be re-assessed if United get Sancho or another winger.

James will be a superb addition for the Whites if they can get him on loan.

Meanwhile, Leeds are looking at other options already, with moves for Todd Cantwell and Gyrano Kerk being considered.

According to the latest reports from The Mirror, the Whites are close to signing Kerk in the coming days, with Leeds close to agreeing a £10m deal for the player.