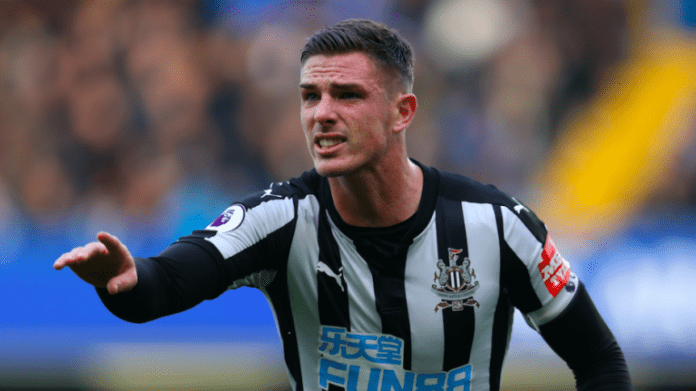 Leeds United will go into next season with only Gaetano Berardi, Liam Cooper and Pontus Jansson to choose from at centre-back. Aapo Halme spent the majority of 2018/19 on the periphery, Paudie O’Connor has made only four appearances for Leeds in two years and Conor Shaughnessy has featured once in 18 months.

Marcelo Bielsa doesn’t have viable backup in case of injury – Berardi has been short of playing time since his return from a hamstring problem and has just one year left on his deal. It’s unlikely that Bielsa will be content with his options ahead of the 2019/20 campaign, so Leeds could shop for at least one centre-back in the summer transfer market.

Their search for a new defender could lead them to Ciaran Clark. The £35k-per-week Newcastle man may be available after falling behind Jamaal Lascelles, Florian Lejeune, Fabian Schar and Federico Fernandez in the pecking order under Rafael Benitez. Clark made just 11 Premier League appearances last season and spent the majority of the campaign out of the matchday squad.

The 29-year-old’s last outing for Newcastle was against Watford (FA Cup) on January 26, so he’d surely jump at the chance for more minutes elsewhere. Clark has competition from four other centre-backs at Newcastle, so it’s hard to see him having much of a future at St James’ Park. Leeds should take advantage.