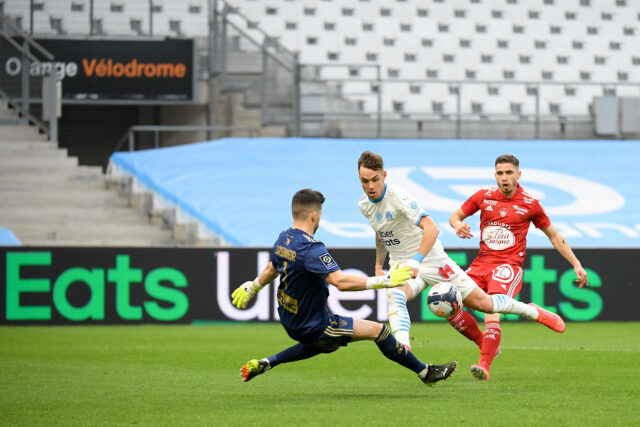 Leeds United are reportedly looking to sign a new left-back in the summer transfer window.

According to reports from the Daily Mail, Leeds are interested in signing Brest left-back Romain Perraud. However, they face competition from Lyon and Marseille to secure his signature.

The 23-year-old has been enjoying a superb campaign for Brest, managing three goals and six assists in the top-flight.

Leeds are likely to lose Gjanni Alioski, who is in talks to join Turkish club Galatasaray during the summer. His contract is set to expire at the end of the season, and he is all set to leave the club as a free agent.

It seems the Whites are looking to sign Perraud to fill his void. The Mail claims that Perraud is an exciting talent who is one of the best young players in his position.

Phil Hay claimed last week that Leeds are looking to make quality additions to their squad, and Perraud would be a superb signing for them.

It has been a fantastic season for the Whites, and they may end the campaign in the top half of the Premier League under Marcelo Bielsa.

Leeds are also focussing on signing a central midfielder this season, with the club keen to sign a cover for Kalvin Phillips.

In other news, Leeds are interested in signing Nkoulou on a free transfer.