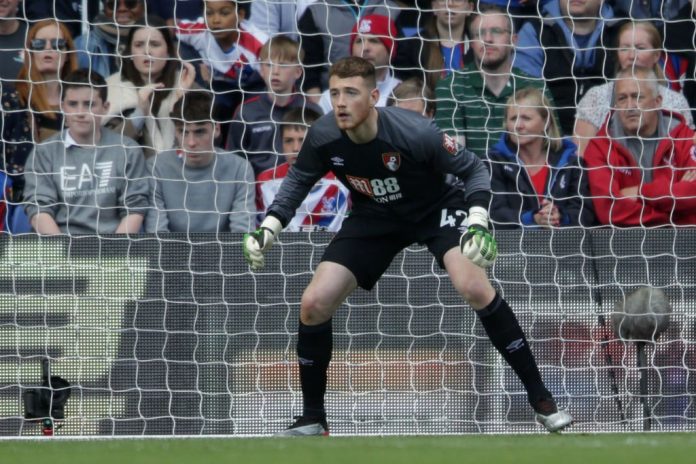 According to the Irish Sun, Norwich City are keen on the 20-year-old as well.

Leeds need to sign a keeper this summer but Travers is relatively unproven at this level. The Championship side need to bring in someone who can start for them or challenge Casilla strongly.

The Spaniard joined the Whites last season but his costly error in the playoffs ended up costing Leeds dearly.

The fans will be hoping for a change this summer and it will be interesting to see who comes in.

Leeds already have a good young keeper in Bailey Peacock-Farrell and Travers would be a similar acquisition. They should be aiming for someone more developed and ready to make an instant impact.

Someone like Jack Butland would have been ideal for them.

Travers is highly rated in England and he could develop into a quality shot-stopper. However, he is lacking in experience right now.

The player has two years left on his deal and the report claims that Bournemouth want to offer him an extension. Convincing them to sell Travers might not be easy this summer.

However, the player wants to play regularly and a loan move might be more appealing for the Cherries.

Mark Travers could be a very good signing..

With all due respect,why would Travers drop a division and go on loan when it’s probable that he could be first choice next season.

Was shit hot against spurs to be fair

Or we could just go and try to sign a proven, experienced, top class championship keeper that’s out of contract. Let’s say like Kieron Westwood or someone ?‍♂️