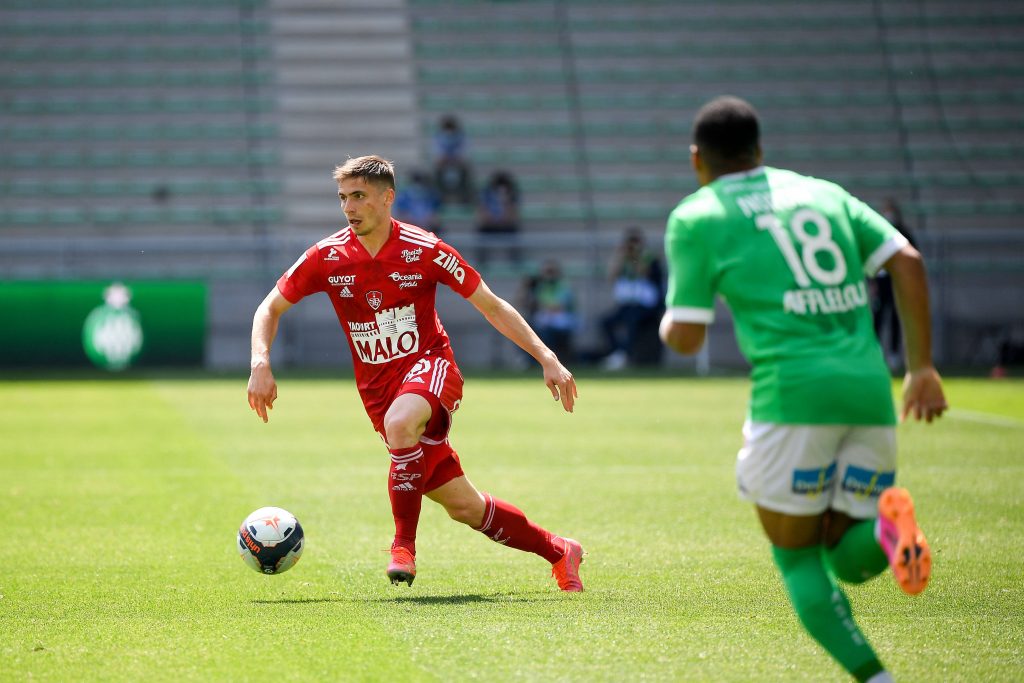 Leeds United are preparing to sign a replacement for Ezgjan Alioski, who is expected to leave this summer.

The experienced full-back is out of contract and has not signed an extension with the Premier League club yet.

According to journalist Ignazio Genuardi, Leeds have identified Brest defender Romain Perraud as a potential target.

The journalist claims that Leeds are looking at the 23-year-old as a priority transfer target and discussions are currently ongoing between the two clubs regarding a summer move.

Perraud has been quite impressive for Brest in Ligue 1 this season, and he has the potential to succeed in the Premier League.

He is young, and a coach like Marcelo Bielsa could help unlock his potential.

There is no doubt that Bielsa needs to add more depth to his full-back positions, and Perraud would be a quality long term investment.

The defender has a contract with the French club until 2025, and Brest are in a position to demand a premium for his services.

Leeds have had an excellent first season back in the Premier League and, with the right additions, could easily push for Europa League qualification next season.

The Whites have been quite vulnerable defensively this term, conceding 54 goals in 38 league games.

If they can sort out that weakness, they could become a force to be reckoned with next year.