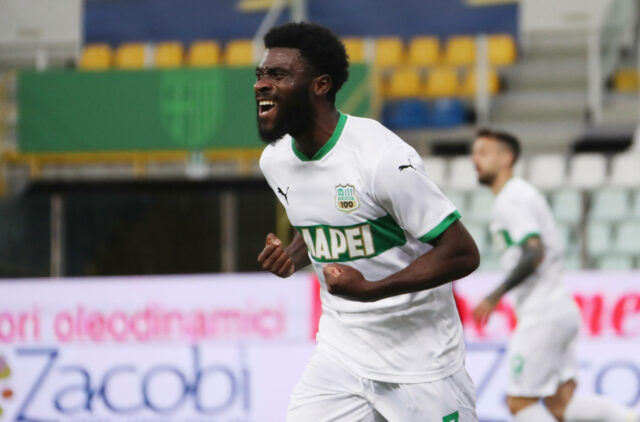 Everton, Leeds United and Crystal Palace have all shown interest in signing Jeremie Boga this summer, according to the Daily Mail.

The 24-year-old left-winger joined Sassuolo in 2018 from Chelsea and has established himself as a key player for the Serie A club.

He scored 18 goals in 90 appearances for Sassuolo in three seasons, and several clubs are vying for his signature.

Sassuolo rejected a bid of around £30 million from Napoli for Boga last summer, while another offer from Rennes was also knocked back.

Boga’s price has dropped as he has just two years left on his contract, but Sassuolo still want a premium fee.

Atalanta have made a £15.5m bid for Boga, but it was rejected. They are now weighing up an improved proposal for the Ivory Coast international.

No Premier League clubs have made a formal move to sign Boga, but Everton and Leeds retain a strong interest.

Everton are looking to bolster their wing department this summer, with Rafa Benitez signalling the need to add depth and quality in that area.

The Toffees are close to signing Demarai Gray from Bayer Leverkusen, while Andros Townsend is also expected to join on a free transfer.

Benitez still wants more wingers in his ranks, with Burnley’s Dwight McNeil emerging as a target. Boga seems to be another option for the Toffees.

Leeds have signed Jack Harrison from Manchester City, but they could still sign a winger if Helder Costa exits this summer.