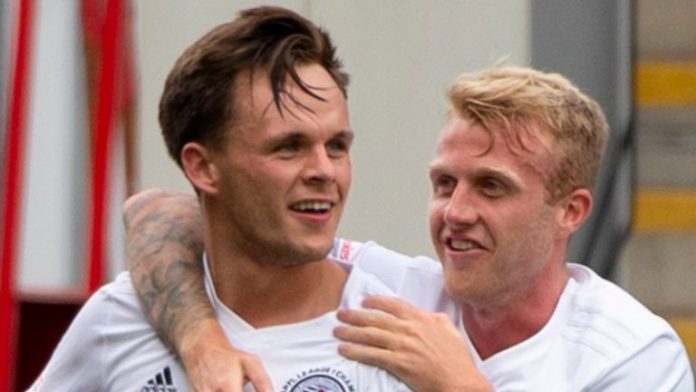 Swansea City’s interest in signing Lawrence Shankland is no surprise given the striker’s form for Ayr United this season.

Shankland has scored 25 goals in 22 games this term, including four in the 5-0 thrashing of Dundee United on Friday night.

While there is a big difference between playing in the second tier in Scotland and England’s Championship, the 23-year-old is a gamble worth taking.

Shankland initially made an impression with Aberdeen’s U20 side, before spending time on loan with various lower division clubs.

He joined Ayr on a permanent deal in 2017 and has since scored 52 goals in 54 appearances for the club.

There have been numerous examples in recent times of Scottish strikers failing to make the grade south of the border, but Shankland is very much a no-risk proposition.

His contract is due to expire this summer and if Swansea can secure a cut-price transfer in January it would be a decent bit of business.

Ayr have said they would be open to a deal where they could keep Lawrence until the end of the season and that would make sense for all parties.

Swansea boss Graham Potter improved plenty of players during his time in Sweden and he could easily repeat the trick with someone like Shankland.