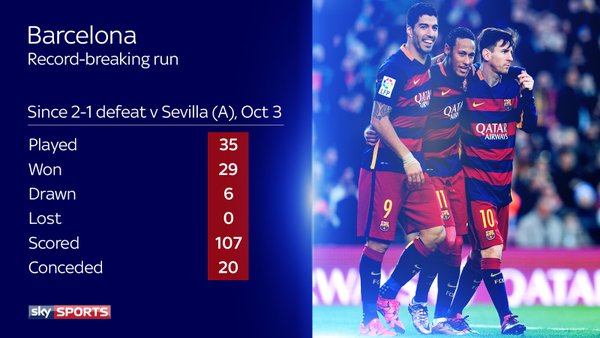 Barcelona have become the first Spanish side in history to go 35 matches unbeaten in all competitions, after Luis Enrique’s men claimed a 5-1 victory at Rayo Vallecano on Thursday night.

Argentine little genius Lionel Messi loves playing against Rayo. And he produced a memorable night by netting a hat-trick. He has scored in eight of his nine appearances against Rayo, and has 15 goals to his name in those games.

Ivan Rakitic opened the scoring for Barcelona, after he capitalised on the error from Rayo goal keeper Juan Carlos. Lionel Messi scored soon after to double Barca’s advantage.

The night turned bad to worse for Rayo, as they were reduced to 10-men shortly before the break. Diego Llorente was shows a straight red of his challenge on Rakitic.

The game was sealed, the only question remained how much can Barcelona add to their goal tally? Messi scored twice to complete his hat trick.

The horror night continued for Rayo, as Manuel Iturra also saw red for the home side, leaving them with nine men to defend against the ruthless Barca attack. Luiz Suarez missed a penalty, but Arda Turan bagged his first goal for the club.

Suarez’s penalty is saved – Barca have failed from 9 of their 18 spot-kicks in all comps this season pic.twitter.com/BKRbeGGpLX

The victory ensured Barcelona stretch their lead at the top of La Liga to eight points. Rayo suffered their first league defeat in seven games, and dropped a place to 17th. 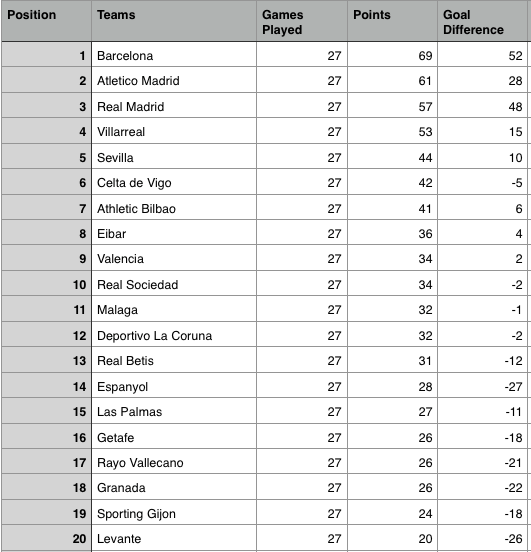