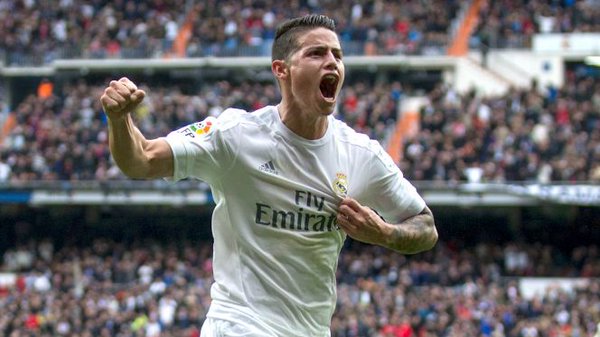 Barcelona produced an emphatic performance at Camp Nou and thrashed Celta Vigo 6-1 to move three points clear at the top of the table.

Atletico Madrid stay in the title hunt as well, after winning 1-0 against Getafe on Sunday. Fernando Torres tapped in Yannick Carrasco’s low cross from the left to earn full three points for the visitors.

On Saturday, Real Madrid continued their dominance over Athletic Bilbao with a 4-2 win at the Bernabeu.

Valencia secured their first league win of the season under Gary Neville, as Los Che beat Espanyol 2-1 at the Mestalla on Saturday. 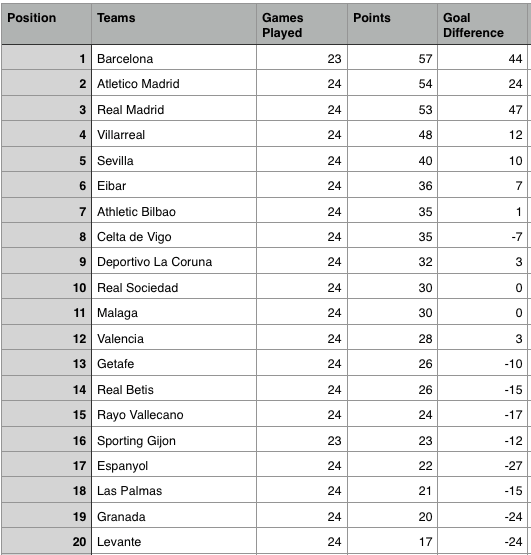 Messi and Suarez combined to score an audacious penalty

The Argentine maestro instead of taking the shot himself passed on to the right for Suarez to tap in. As a result of this selfless act, Messi missed a chance to score his 300th La Liga goal for Barcelona.

Check the goal below.

“Messi goes down as having a penalty not scored and an assist,” confirmed football statisticians Opta.

When Oscar Duarte had put Espanyol in front, it looked like Neville’s Valencia staring at yet another home defeat. But they made a great comeback in the second half, with two quick goals in space of five minutes gave Los Che the much needed three points.

Dennis Cheryshev scored the winner for Valencia, and his impact has been compared with Mark Robins by Sky Sports pundit Jamie Carragher.

Robins scored the famous FA Cup goal in 1990 that many say have saved then Manchester United boss Alex Ferguson’s job.

The Portuguese scored twice and overtook Barcelona’s Luis Suarez as the top scorer in the league, with 21 goals. But, he has been more involved as a team player this season having registered 24 assists so far.

Would you believe that? Sevilla, fifth in the league, have yet to win a single away game this season. It is their impressive home form that is taking them forward. They have registered 11 wins at home, a record only bettered by Barcelona this season.