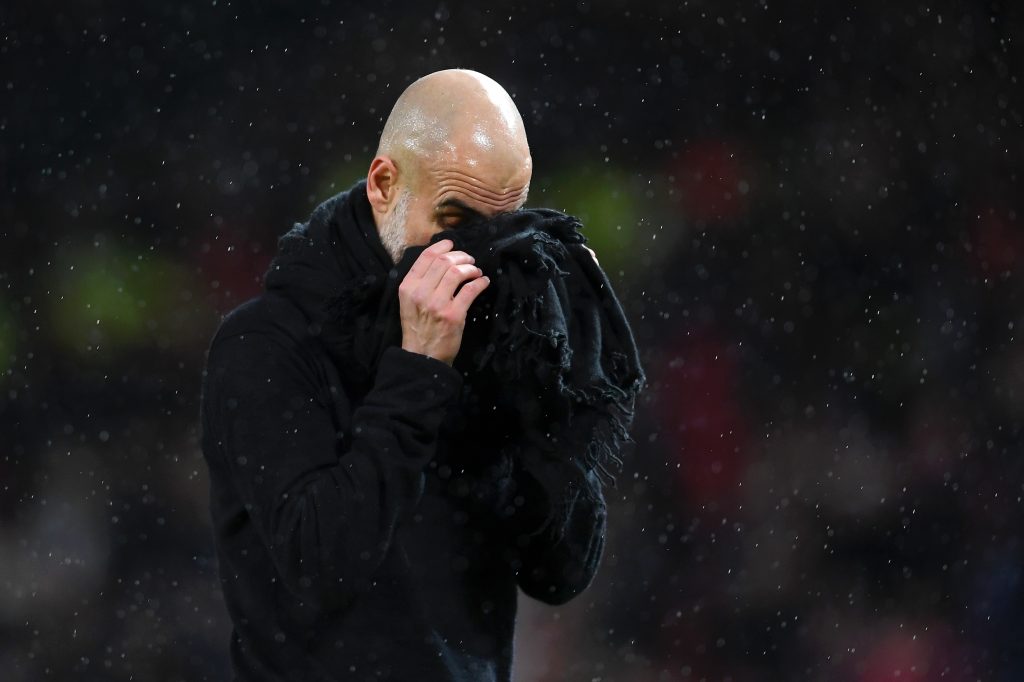 Liverpool’s march towards a first-ever Premier League title has left their main rivals with work to do this summer.

A 25-point advantage over the chasing pack with nine games to play is a damning statistic for the other clubs – some might even say it’s embarrassing.

While Liverpool are unlikely to make too many drastic changes to their squad, the rest of the title hopefuls are set for a busy transfer window.

Read on as we look at the issues those clubs will need to address this summer if they are to close the gap on the Reds.

Pep Guardiola hasn’t made too many mistakes at Manchester City, but failing to replace Vincent Kompany was a major error.

Guardiola put his trust in Aymeric Laporte, John Stones and Nicolas Otamendi at the start of the season and the decision backfired spectacularly.

An injury to Laporte left City looking woefully short at the back, with neither Stones or Otamendi showing they could be relied upon.

Bringing in at least one top-class centre-half is vital if City are to justify their status as one of the favourites with the bookmakers listed at betdirect.net to win next season’s title.

Ruben Dias looks an interesting proposition after impressing with Benfica this term, while RB Leipzig’s Dayot Upamecano would also be a good fit for City.

Frank Lampard faces a big test of his managerial skills as he attempts to reshape Chelsea’s squad this summer.

The club’s transfer embargo meant Lampard’s acumen in the market wasn’t tested, but he will come under plenty of scrutiny in the next window.

The Blues are being linked with a plethora of players, with Achraf Hakimi, Philippe Coutinho and Samuel Umtiti all tipped to head to Stamford Bridge.

A new goalkeeper could also be on the cards, with Lampard seemingly not convinced that Kepa Arrizabalaga is the right man for the job.

However, none of the names being suggested as an alternative represent much in the way of an upgrade and Lampard might be better advised keeping faith with the Spaniard.

United edging back to the big time

It’s taken longer than many fans had hoped for, but Manchester United finally seem to be heading in the right direction.

United are probably two or three players away from having a team capable of challenging for the title and they may well bring them in this summer.

Matthijs de Ligt, Jadon Sancho and Erling Braut Haaland are amongst the big names linked with the club and adding them to the squad would make United serious contenders next term.

Although Liverpool and City will dominate the betting, many fans will be keen to use this example bonus to back United to win the title if that trio arrive at Old Trafford.

Seeing Liverpool romp away with the Premier League hasn’t been easy for United, but significant investment this summer could change the landscape next season.

Mourinho with a point to prove at Spurs

Things haven’t gone to plan for Jose Mourinho at Tottenham Hotspur and he will be eager to address their issues this summer.

Harry Kane’s future will be number one on the agenda, with the England striker believed to be frustrated by the lack of progress at the club.

Mourinho may decide that the time is right to cash in on Kane and use the funds to perform a major overhaul of his squad.

Raul Jimenez and Phillippe Coutinho are being heavily linked with Spurs, while Willian and Luka Jovic are other possible targets.

Spurs are likely to have a much-changed line-up under Mourinho next season, although whether it will be good enough to compete for the title is debatable.