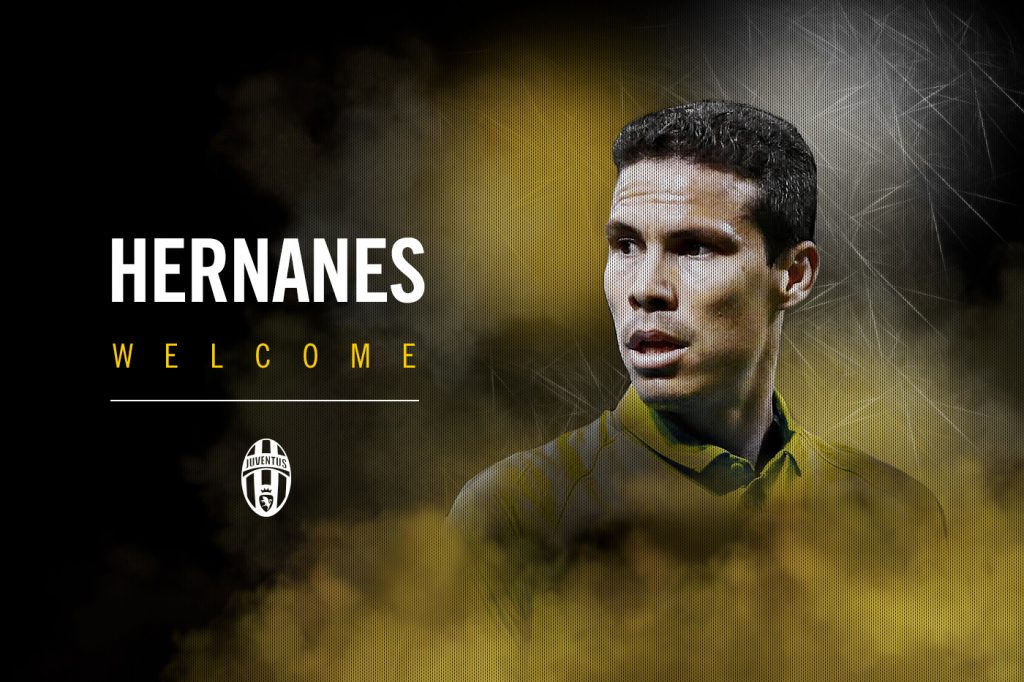 A statement on the Bianconeri’s official website read: “Juventus Football Club can this evening confirm that an agreement has been reached with Inter Milan for the purchase of Anderson Hernanes for a fee of €11 million, payable in three financial years.”

The attacking midfielder has penned a three-year deal with his new club, and the deal may increase by a further €2 million should he meet certain sporting targets in the duration of his contract.

Hernanes’ signing has provided Juventus coach Massimiliano Allegri with a much-needed playmaker, after the summer departures of key players like Andrea Pirlo, Arturo Vidal and Carlos Tevez left them in a difficult position following their indifferent start to the season.

The Bianconeri have lost their opening two games of the season, a first in the club’s history, and Allegri will hope Hernanes will offer the spark that has been lacking in a pedestrian-looking Juve this season so far. His signing comes after Juve failed in their summer-long pursuit of German midfielder Julian Draxler, who moved to Wolfsburg yesterday.

The 30-year-old’s signing isn’t likely to raise eyebrows, but his pedigree in Italian football coupled with his vast experience of playing at the very top level makes him an important acquisition for the Turin giants.

Hernanes has made more than 150 appearances for Lazio and Inter Milan in Serie A and was also part of the Brazil national team for the 2014 World Cup. He has 27 caps for Brazil, and two goals to his name.