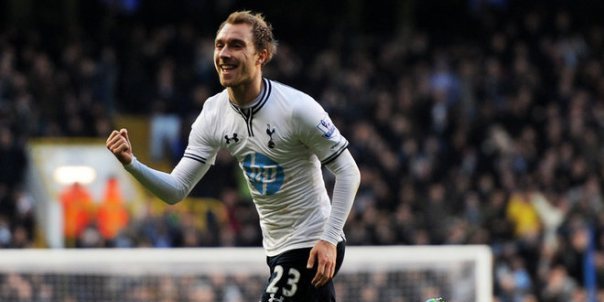 The Bianconeri have been chasing a ‘number 10’ throughout the summer, with various sources linking them with Schalke’s Julian Draxler.

However, the Italian club’s pursuit of the German World Cup winner seems to have hit a stumbling block following differences regarding the valuation of the player, and the Turin giants have now set their eyes on Eriksen as their preferred playmaker target.

Eriksen, who joined the north London club in 2013, has interested Juventus manager Massimiliano Allegri due to the Dane’s versatility of playing a variety of positions across the midfield.

The Denmark international, who arrived at White Hart Lane from Ajax for €13.5m, has been key to Tottenham’s fortunes in recent seasons. In his 63 Premier League appearances in two seasons for the Lilywhites, Eriksen has scored 17 goals and created a further ten.

With the departures of Andrea Pirlo, Arturo Vidal and Carlos Tevez in the summer, Juventus are keen to add more creativity to the side that narrowly missed out on winning the treble last season.

While the prospect of regular Champions League football is attractive for Eriksen, it is unlikely Spurs will be ready to let go their main creative force, with the Premier League season already under way.