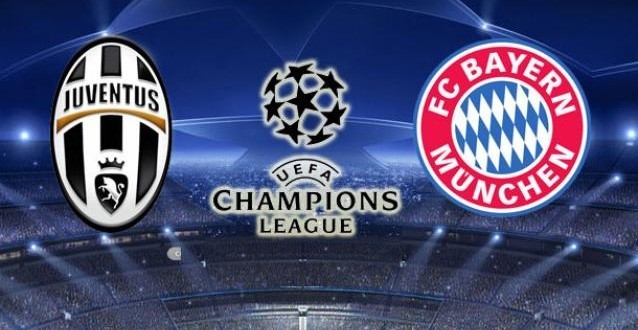 Europe’s two heavyweight clubs – Juventus and Bayern Munich – face each other in the Round of 16 Champions League clash, with one team, however, can progress to the next round of the competition.

Last year, despite Juventus losing to Barcelona in the Champions League final, the Turin giants received a very warm reception when they landed in Italy. Club manager Massimiliano Allegri assured the fans that Juventus would fight hard again the following season to win this prestigious competition.

The Bianconeri made a wretched start to the season. While their league form was pretty abysmal, they somehow did well in Europe and managed to qualify to the next round from a very tough group. But, with 13 consecutive wins and a draw in their last 14 games, Juventus have not only climbed to the summit of Serie A, but are brimming with confidence at the moment and will look forward to carry that momentum in Europe as well.

While defence remain Juve’s main strength, the Italian champions must look to outscore their opponent on Tuesday night. And the player who automatically comes under spotlight is none other than the 22-year-old striker, Paulo Dybala. The Argentine striker has been Juve’s top scorer this season with 16 goals, but he has yet to open his account in the Champions League.

Pep Guardiola, the would-be-new-manager of Manchester City, must be a worried man, as Bayern’s defence has been ravaged with injuries. Jerome Boateng, Holger Badstuber, and Javi Martínez, the three first choice central defenders, are currently out injured.

It represents a selection dilemma for Pep, who could ask the versatile David Alaba to play more centrally. Although, Serdar Tasci, could come in as well to partner Mehdi Benatia.

Martin Caceres, Kwadwo Asamoah, and Alex Sandro will miss out through injury.

Veteran central defender Giorgio Chiellini is close to returning to full fitness, but he won’t be risked for this tie.

As said earlier that Bayern are missing the services of three key defenders, so Pep will likely to include Tasci to partner Mehdi Benatia at the heart of the defence.

6 – Bayern have won six of their last seven UCL games