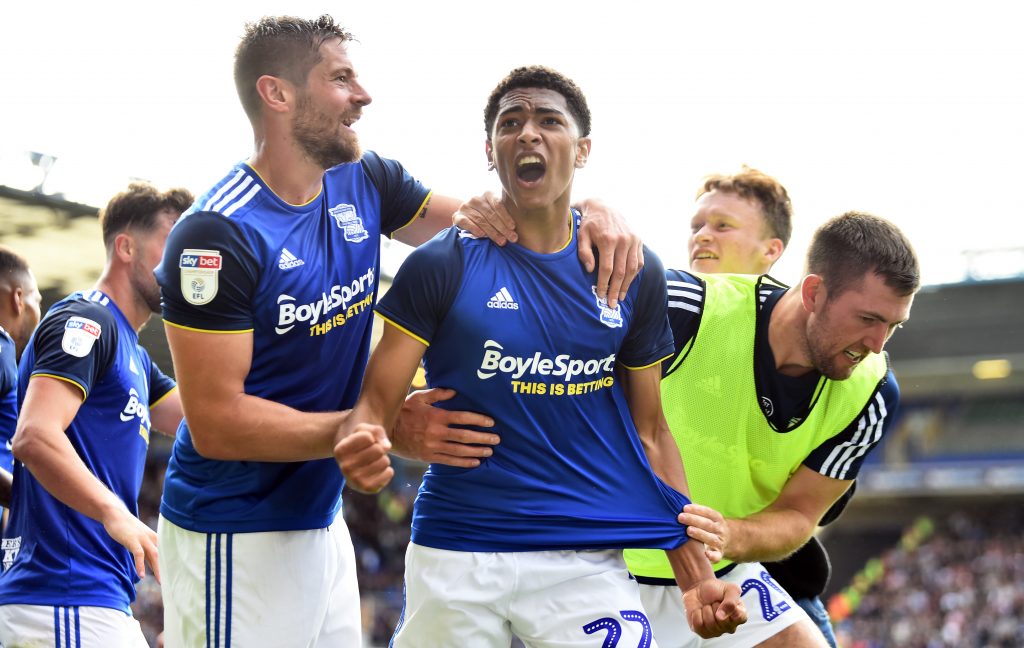 Birmingham midfielder Jude Bellingham has been linked with a move away from the club.

The 16-year-old is a target for Borussia Dortmund and now Guardian are reporting that Manchester United have made their move for the player.

As per the report, the midfielder’s parents were handed a tour of Carrington by the Manchester United officials today.

Apparently, Birmingham have given the player permission to hold talks with his suitors.

It will be interesting to see if Manchester United can convince him to join them in the summer. The Birmingham City star is a world-class talent and he has a big future ahead of him.

Bellingham is rated very highly across Europe and he could develop into a first-team star at Old Trafford.

Solskjaer has done well with the young players at this disposal this season.

The likes of Williams, Greenwood, McTominay, Wan Bissaka and James have all been given plenty of opportunities. Bellingham will be hoping to follow in their footsteps if he joins United.

It will be interesting to see where he ends up this summer. The player is thought to be valued at around £30m and he has a contract until 2021.

Here is how the Birmingham fans have reacted to the news.

Thought he wanted to help his boyhood club

What ever @BellinghamJude decides to do, good luck to him and his family 👍👍 KRO

Going to happen. Just need to get him back on loan for a while.

He’s only gone up to see if there’s any spare loo roll about, don’t get carried away with yourselves

So? Tell me exactly what that means? Nothing wrong with going to see what they are offering…. a place outside the top 4 and on the bench wont appeal to him.