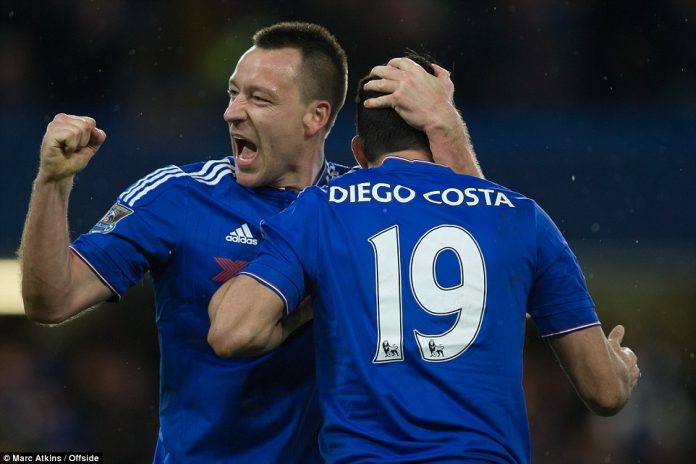 Chelsea have been handed a major injury boost before their return leg tie against Paris Saint-Germain.

The Londoners lost 2-1 away from home and will need to turn it around in front of their own fans now if they want to progress to the next round of the Champions League.

The Blues will be delighted to hear that their captain John Terry is expected to be fit for the crunch clash.

The Chelsea captain will be back in training tomorrow. He picked up a hamstring injury during their win over Newcastle earlier this month.

Chelsea are already with Kurt Zouma and losing Terry for another big game would have been a damaging blow.

Chelsea have got the precious away goal already and might need to defend for their lives towards the end of the game if they manage to score once. Terry’s experience and leadership will be vital for the Blues if they are to do well in the competition.

Winning the Champions League is the only way they can play in the next season’s tournament. Qualification through league positions is nearly impossible after their shocking start.

The Blues will need to accomplish something extraordinary in order to win the competition and in order to do so, they will definitely need their best defender and inspirational leader.