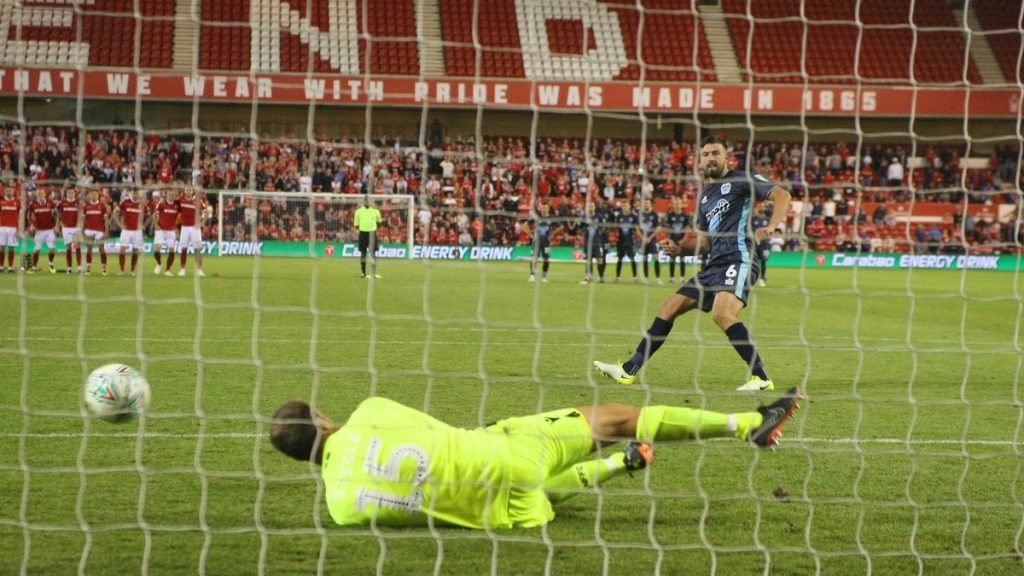 Aitor Karanka’s side survived a major upset as Nottingham Forest progressed to the Carabao Cup second round against League Two side Bury on Tuesday.

Forest went down to ten men in the first half after Forest keeper Jordan Smith was shown a straight red card for a foul on Dominic Telford.

Eoghan O’Connell gave Bury the early lead inside three minutes. And just when it looked like the Shakers will cause a major upset, Matty Cash’s stoppage time strike saved the day for the home side.

After the game went into the penalties, it took 21 spots at the City ground, and O’Connell to miss the decisive penalty to allow Forest to go through.

After the match, Forest winger Joe Lolley took to social networking Twitter to express his reaction. He seems delighted to have scored from the spot, and says it was a nice feeling in the end to progress through to the next round.

Great to get through into next round! didn’t really expect to be taking two penalties ?

Here are some of the best responses from the Forest fans on Twitter:

Did you want a hat trick? ?

You’re mustard mate. We looked a real threat as soon as you came on. Well played sir ?

Love you Lolley, you’re a hero

Though you might have got your hatrick the way things were going.

It was a sluggish performance from Karanka’s side and they took 79 minutes to muster their first shot on target. Forest have made an unbeaten start to the season, but Karanka will be hoping for an improvement in performance next time.