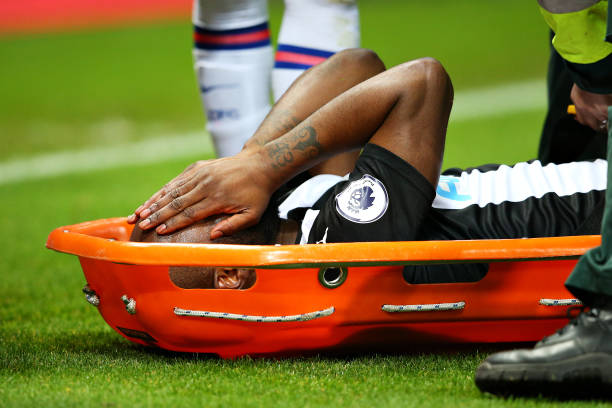 Newcastle United left-back Jetro Willems is out of the season after rupturing his anterior cruciate ligament during Saturday’s 1-0 win over Chelsea.

The Netherlands international has featured in 19 league games since arriving on a season-long loan from Eintracht Frankfurt during the summer, and to say that he has been brilliant thus far is an understatement.

Willems has scored twice and assisted another two in those appearances, and Newcastle were definitely starting to contemplate making a permanent move for his services.

It remains to be seen what the Magpies will now do, but the defender is looking forward to playing for the Tyneside outfit again, and he has sent this emotional message to the fans on Twitter:

With Paul Dummett also out of the season, Magpies boss Steve Bruce could be forced to make a defensive signing to provide his side quality cover at left-back.

Newcastle have now suffered 12 injuries since Christmas, and Willem’s blow could be the biggest so far given how influential he has been going forward and defensively on the left wing for the team.