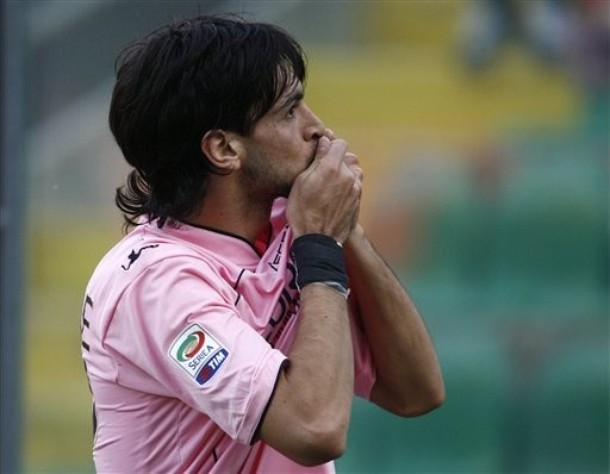 Pastore is genuinely blossoming into a future world star and his hat-trick in Sunday’s game to give his club Sicilian bragging rights has the whole of Europe talking about his attributes.

The 21-year old had never scored a professional hat-trick before and maybe shouldn’t have been playing in the first place due to his lack of fitness – making his display all the more amazing.

Argentina legend Maradona has had a huge influence on the youngster and even called up him up to the national team for the 2010 World Cup. The Palermo man also paid homage to his family and doctor who allowed him to participate.

“I have never scored a hat-trick before, not even in my country.” Pastore was quoted as saying on Football Italia.

“I dedicate it to Maradona. When I return to Argentina I will go and find him. He has been too important for me.”

“I cared about playing the derby even though I shouldn’t have been on the pitch because of a knee problem. My thoughts go to my family and the doctors who allowed me win this challenge.”