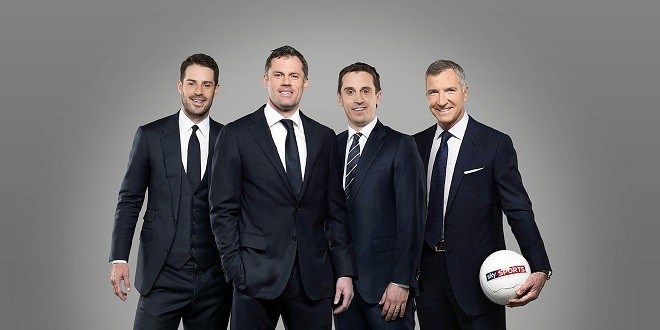 Jamie Carragher is retiring at the end of this season. Liverpool may yet to have found a replacement for their defender but Carragher’s post-retirement worries are over.

Sky Sports have announced that from August 2013, Jamie Carragher will join their ranks as a pundit. He will join a team of Gary Neville, Jamie Redknapp, Graeme Souness, Niall Quinn and Alan Smith.

In 2013/14, Sky Sports will cover over 500 live matches from various competitions – domestic, European and international.

Talking about his new appointment, Jamie Carragher told the press:

“I watch Sky Sports all the time and I’m a huge fan. I can’t wait to be part of their coverage and work with the best in the business.

“Until that time comes, I’ll remain fully focussed on my remaining playing career with Liverpool and I’m looking forward to ending the season with good results.”

Jamie Carragher has spent his entire playing career with Liverpool. He has 734 appearances for the club and has won the Champions League, the UEFA Cup, the UEFA Super Cup and the FA Cup twice and three League Cups.

He’s only the second player to reach the landmark of 500 Premier League appearances for one club and is Liverpool’s longest serving player.

The Managing Director of Sky Sports, Barney Francis, said about their latest addition:

“Jamie has everything you want in an expert analyst; opinions, experience and incredible knowledge.

“He’s hugely respected throughout the game and I know his immense insight on today’s players, teams and tactics will make our football coverage even better.

“He joins us fresh from the changing room of one of the world’s biggest clubs and will be part of our incredible lineup of football experts, who between them boast 25 League titles, 10 European trophies and over 700 international caps.”