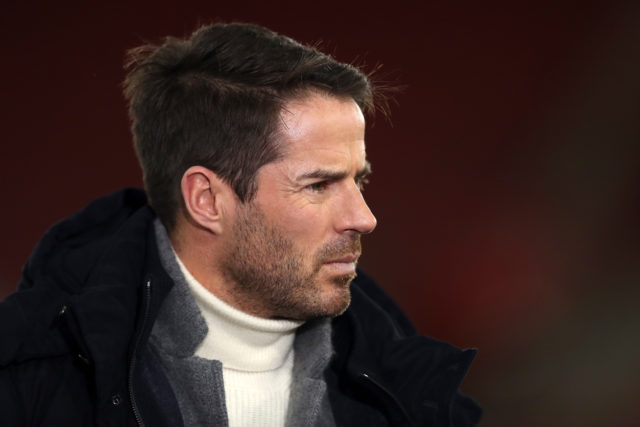 Sky Sports pundit Jamie Redknapp has suggested that he wants to see Leeds United returning to the Premier League after more than a decades absence.

Football in the UK has been postponed at the moment due to the global pandemic. There is no assurance when football will return again, but the football governing body are determined to complete the 2019-20 season.

Leeds, who haven’t been in the Premier League since 2004, are on course to securing promotion this season.

Last season they came close to securing promotion but they couldn’t cross the final hurdle. They lost in the play-offs to Derby County.

However, this season, they are once again close to making a return to the Premier League. The Whites seven points clear of third-placed Fulham with only nine games left to play in the Championship.

And Redknapp feels that Leeds would be a great addition to the Premier League. He recalls that Elland Road has always been an ‘intimidating place’ and said that Marcelo Bielsa has done a very good job at the club.

“Going to Elland Road it was such an intimidating place,” said Redknapp to Sky Sports.

“Bielsa has done a really good job there, and Leeds in the Premier League would certainly add their fans and the noise level.

“They deserve it, there has been a lot of pain at that club over the years, and they would certainly add an enormous amount.”

Leeds won five games in a row before the Championship was halted. The season is likely to restart in June, and Leeds fans will be hoping that the club will pick the momentum from where they left off.