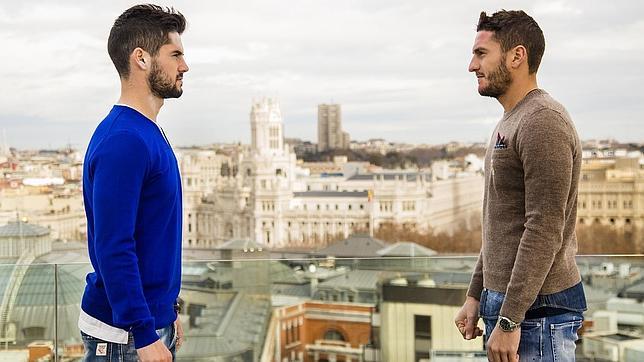 Chelsea are eyeing a double deal for Spanish duo, Isco and Koke in January.

Mourinho was present in the stands during Ukraine vs Spain. Although there are rumours that he was scouting the explosive Ukrainian winger Andriy Yarmolenko, it appears that the Portuguese manager was evaluating Real Madrid midfielder Isco.

Chelsea are keen to add to their midfield and Mourinho thinks Isco and Koke would be perfect additions alongside the likes of Fabregas, Oscar and Matic.

Real Madrid midfielder Isco has been linked with a move away from Santiago Bernabeu due to a lack of first team chances and Mourinho is ready to pounce.

According to reports Jose Mourinho is planning January moves for both Spanish internationals.

Koke is an indispensable figure for Atletico Madrid and it is highly unlikely that Simeone would sanction a transfer in the middle of a season. However, earlier this week Chelsea were linked with a move to Diego Simeone as their next manager.

In that case would it be absurd for him to think about the long term and accept an offer if it is closer to Koke’s release clause?

Chelsea have made a poor start to the season and most of it is down to the incompetence in midfield and right back positions. Jose Mourinho believes that Isco and Koke will add much needed depth and quality to his midfield.

Furthermore, Hazard’s dip in form has forced Mourinho to look for a creative midfielder and Real Madrid’s Isco is an ideal candidate. The Spaniard can operate in a number of positions and will provide much needed supply for the likes of Diego Costa and Falcao.

It will be interesting to see if Chelsea can convince Atletico and Real Madrid to part with their prized assets in the middle of the season. Although they have the resources to land these players, the timing might work against them.