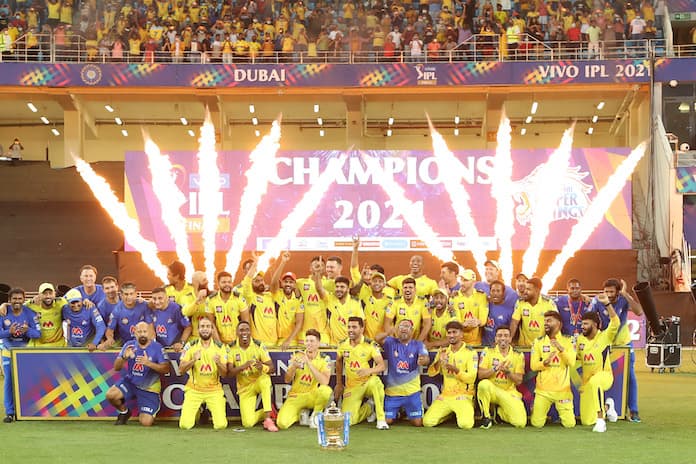 Chennai Super Kings will take on Kolkata Knight Riders in the opening game of the IPL 2022 at Wankhede Stadium on March 26.

The two teams were last year’s finalists and so the Saturday’s clash will be a rematch of the final where CSK outclassed KKR by 27 runs.

Ravindra Jadeja will be the new captain of Chennai in this edition. The defending champions have brought in some new faces, including the likes of Ambati Rayadu, Dwayne Bravo, Deepak Chahar and Robin Uthappa. However, they will not have the services of Faf du plessis, Shardul Thakur and Josh Hazlewood who were some of the star performers last year.

Meanwhile, Kolkata Knight Riders also have a new captain with Shreyas Iyer handed the important role this year. The 2014 champions splashed a huge Rs 12.25 crore to secure the services of Iyer who has scored 2375 runs from 87 IPL matches so far at an average of 31.7.

KKR will also be without some key players this season, including the likes of Shubman Gill, Rahul Tripathi and Lockie Ferguson. However, they have retained the likes of Sunil Narine, Andre Russell, Varun Chakaravarthy and Venkatesh Iyer and have also brought in some new faces in the form of Pat Cummins, Nitish Rana and Alex Hales.

The two rivals on Saturday have come up against each other on 28 occasions in the past, with CSK winning 18 of those matches. While KKR have emerged victorious only nine times.

Both teams have very talented players in their ranks, but considering the head-to-head record, CSK are expected to win on Saturday.