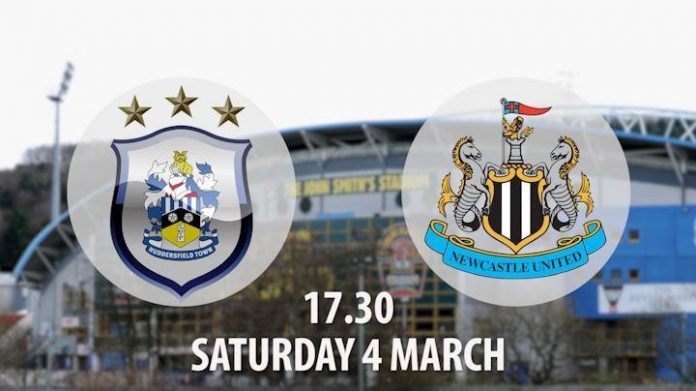 Huddersfield host Championship leaders Newcastle United this weekend and the home side will be looking to improve their chances of automatic promotion with a win here.

Huddersfield are in outstanding form right now and have won five of their last six league games. With Newcastle United in similar form, this should be a fascinating contest.

Championship leaders Newcastle managed to beat Brighton in their last outing and will be confident of getting a result here. They are unbeaten in eight league games and are favourites for the title.

Rafa Benitez’s men were beaten by Huddersfield at St. James’ Park earlier in the season and the Magpies will be out for revenge this week.

As far as the home side are concerned, defender Christopher Schindler and playmaker Kasey Palmer missed the City game through injury and are doubtful for this one as well.

Meanwhile, Newcastle are still without Aarons, Gayle and Hayden.

Huddersfield have won 6 of their last 7 home matches in the Championship.

Newcastle are undefeated in their last 9 matches in the Championship.

Newcastle have scored at least 2 goals in their last 4 matches in the Championship.

Huddersfield have scored at least 2 goals in their last 3 matches against Newcastle in all competitions.