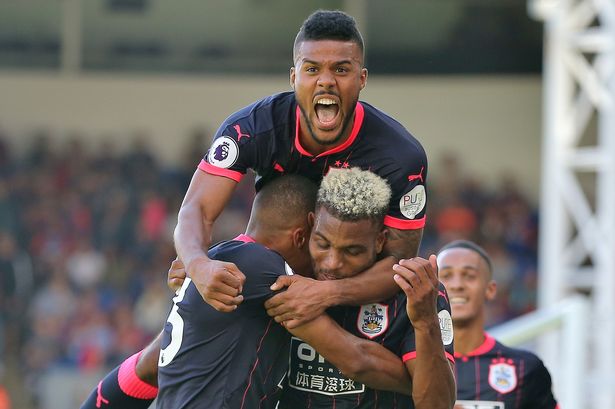 Huddersfield Town centre back Christopher Schindler has paid a glowing tribute to the club’s new signings and believes that the new boys have already proved their worth.

The Terriers procured the services of striker Steve Mounie and Schindler’s new centre back partner Mathias Jorgensen from Montpellier and FC Copenhagen, respectively. Goalkeeper Jonas Lossi has also been signed on a season long loan deal from Bundesliga club Mainz 05.

Mounie scored a brace in Huddersfield’s historic 3-0 opening day victory away from home against Crystal Palace at Selhurst Park.

“If you have good crosses into the box you can see that he can cause some damage on the defensive line of the opponent,” said Schindler.

Speaking of Lossi, the German added: “Jonas saved us a few situations. That’s his job and he did really well, as did everybody else.

“Zanka [Jorgensen] also had a really good game and I think the communication between us two was really good.”

The 27-year-old former 1860 Munich defender believes that the club should be happy with their transfer business this summer.

“This is something we can be happy about, but we have to make the next steps in the next weeks to adapt to the challenges that are waiting for us,” he added.

Huddersfield host Newcastle United in their next Premier League fixture on August 20.