Inter Milan striker Mario Balotelli is a child of our footballing times.

Like so many of the new breed of brattish ‘starlets’, he is self-entitled, egotistical, petulant, immature, head-strong and existing on a financially skewed tangent of reality without any decisive measure of his burgeoning talents other than his ridiculously inflated salary.

However, unlike the overwhelming majority of his fledgling contemporaries, Balotelli certainly has the latent potential to just about carry his outwardly pugnacious personality off – for now, at least.

There will come a time in the not-so-distant future when the 19-year-old prodigy will have to start ‘delivering the goods’ on a consistent basis if he is to live up to the (mostly self-perpetuated) hype and, if the mounting speculation of a summer transfer to England is anything to go by, it would appear that it will not be the Nerazzurri that will witness the wild-child forward finally ‘bear fruit’.

Balotelli has seemingly opened the door to a move to the Premier League by fluttering his metaphorical eyelashes at both the Manchester clubs as well as reigning champions Chelsea, and all three have reciprocated with less-than-subtle overtures – with Manchester City boss Roberto Mancini going on record as saying that ‘if Inter decide to sell him, we will be there’ and his United and Chelsea counterparts both telling anyone who’d listen of their admiration for the striker. 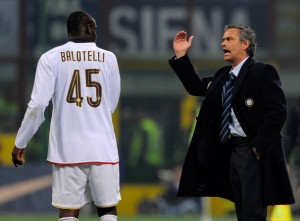 To describe Balotelli’s Inter career thus far as ‘tumultous’ is underselling it by quite a distance, but it hasn’t appeared to dilute the interests of his eager band of potential suitors – who are all reportedly willing to part with upwards of £30 million to secure his services for next season.

Under the stewardship of the now-departed Jose Mourinho he endured more disciplinary action than your average common-or-garden war criminal, mostly as a direct result of his overbearing petulance, and was excluded from first team proceedings on numerous occasions for his lapse (to put it politely) attitude to training…to his teammates…and to Mourinho himself…and to the Inter supporters…and to his opponents…etc, etc.

He has certainly alienated most, if not all, of the supposed allies that have offered forth the hand of friendship over the course of his tenure at the Giuseppe Meazza and it is precisely this repellent attitude that leads the impartial observer to wonder why anyone with any sense would part with such a ludicrous amount of money to procure such a consistently disruptive entity. 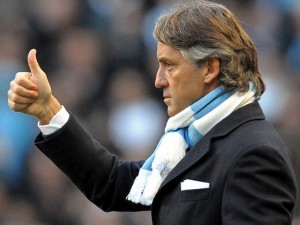 Not that the money matters much to the nouvelle riche pretenders at Manchester City, who are intent on building their dream team on shifting sands with a bottomless pit of money and a clutch of lofty commercial ambitions.

To them, the purchase of Balotelli would represent a significant milestone in their Arab-fueled progression to infinity.

Whereas last season a lot of Sheik Mansour‘s spare change was frivolously frittered away on solid, proven (but never-the-less fairly unspectacular) Premier League performers like Gareth Barry and Roque Santa Cruz in a bid to fill out their squad, the acquisition of the much-sought after Inter striker would prove that their multi-billion pound venture is slowly gathering pulling-power amongst the rest of the major European leagues.

Balotelli has been quoted this morning as saying that he regards City boss Roberto Mancini as ‘a really great coach’, but the fact that Mancini has little experience of competently handling a squad full of monumentally precious egos would suggest that he would not be able to succeed where Mourinho failed, and tame Super Mario‘s wayward disposition sufficiently to see him flourish cogently at Eastlands. 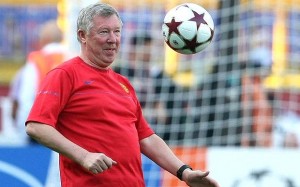 One man that does possess the necessary wherewithal is Manchester United manager Sir Alex Ferguson, who has spent the best part of his career at Old Trafford successfully juggling the fortunes of prima donnas and work-horses alike – and is therefore widely regarded as the best man-manager currently operating in the game as a result.

The wily Scot is loathe to suffer fools gladly and has famously been perfectly willing to ditch dissenting voices by the wayside, regardless of their importance to his system or of their standing within the United community – a prominent personality trait that could either prove to be a huge source of inspiration to Balotelli or, of course, just another cause for friction.

Ferguson is seemingly the only manager in the global game that Jose Mourinho considers himself inferior to and for that reason alone it would seem that, if anyone can get the best out of our belligerent protagonist, it would be the veteran Scot. 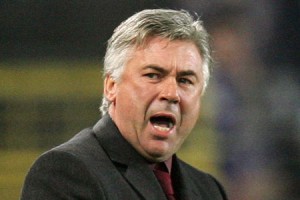 With that said, I personally think that a move to Chelsea would benefit Balotelli the most, basically due to the formation that manager Carlo Ancelotti employs.

Their high-set three-pronged attacking line (headed by irreplaceable talisman Didier Drogba) would suit him down to the ground, and with only the deceptively ineffective Nicolas Anelka, the unproven Daniel Sturridge and the lightweight Saloman Kalou for competition, prolonged ‘game time’ (the commodity that all footballing super-ego’s seem to prize above all others…with the exception of money) is a much more realistic proposition.

The goal-scoring exploits of French winger Florent Malouda last season means that the berth on the left side of the Chelsea trident is most probably spoken for, but a first-choice front three of Malouda, Drogba and Balotelli would certainly be enough to strike fear into the hearts of even the stoutest of Premier League defenders. 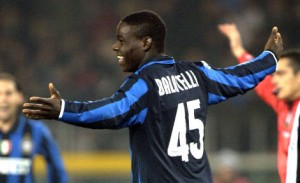 In answer to the original question, I’m not entirely sure you can solve a problem like Mario Balotelli – assuming that you’re not a training psychologist.

Maybe his fractured upbringing has ingrained his persecution complex so steadfastly within his nature that he is destined for a career that is set in perpetual flux – moving on from failed prospect to failed prospect.

Or maybe, on an altogether more postive note,  he will eventually find a club in which he is granted the freedom to operate as he sees fit, i.e. on an as-and-when basis, although whether any of his prospective English employers would grant him that luxury remains to be seen.

Of course, only time will tell how Balotelli chooses to let his career pan out.

However, time – as they say – waits for no man.