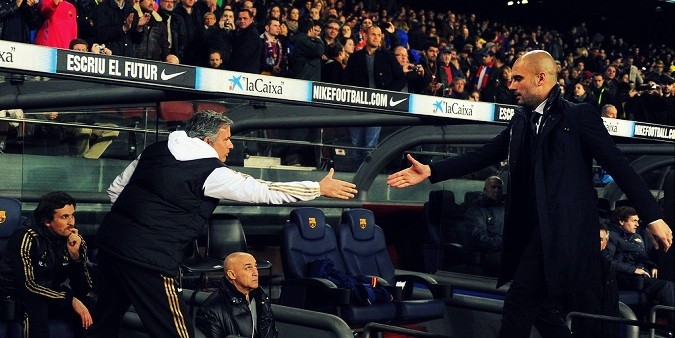 The predicted lull to wash over the footballing world come the close season has altogether failed to materialise. Instead of drab, end of season reminiscing, the airwaves have been flooded with the current managerial runaround, one that threatens to trump the entire summer transfer market.

Six of the biggest and most successful clubs in the world are on the conveyor belt; a few of them have already found their new boss, and are in the first stages of assimilation; the rest are still rudderless, floating in a sea of unfamiliarity, waiting for the right man to rear his head.

Bayern Munich fall into the former category. After their Champions League final against fellow Germans, Borussia Dortmund on Saturday, current manager Jupp Heynckes will step down to make way for Pep Guardiola.

Although known for his almost unique paradigm of football, and his trophy-laden adventures with Barcelona, it has not all been plain sailing for the ‘Golden Boy’ of managers. Fallings out with players and rival coaches were features of his tenure at the Catalan club, with his chief irritation being one Jose Mourinho.

The often malevolently perceived ‘Special One’ had quite the relationship with the former Barcelona manager. Squaring off in multiple ‘El Clasicos’, and during the Portuguese’ time with Inter Milan, Mourinho and Pep forged one of the great modern day rivalries.

With 7 wins, 5 draws, and 3 loses after 15 games played, stats show that Guardiola has so far got the better of his arch-enemy. But that rivalry may be set to continue, and very soon if the fates would have it.

With a limited dash of conjecture, Jose Mourinho will be taking back the Chelsea hot seat this summer. This idea was aided by the confirmation on Monday that he would be exiting Real Madrid. With this in mind, our attention is now drawn to the impending Champions League Final between Bayern and Dortmund.

If the tie goes the way of Munich, then they will take their place in next season’s Super Cup final. With Chelsea already a confirmed feature, due to their Europa League final win against Benfica last week, then we would have a repeat of the 2012 Champions League final in the season’s opener on August 30th.

The ‘Charity Shield’ of European encounters could well have a little less of a friendly atmosphere this time around, as a Jose Mourinho-led Chelsea vs. Guardiola’s inherited Bayern Munich would certainly bring things to the boil.

There can be no doubt that this current Bayern side could vanquish Dortmund in the Deutschland dominated Champions League final, let alone come out on top in a Super Cup encounter, without the specific aid of Pep.

They have been omnipotent this year, storming their way to a second successive Champions League final in two years, and trouncing the domestic opposition on their way to the Bundesliga title and a DFB Pokal final against VfB Stuttgart on June 1st.

When Guardiola rides into Munich, his real task will be to continue the rise of the German giants as the world’s returning superpower. Like when he took the reins at Barcelona, the talent is certainly within the Bayern ranks already.

With the likes of Manuel Neuer, Philipp Lahm, Bastian Schweinsteiger, and Franck Ribery, Pep will once again, have the most solid of foundations on which to make his mark. Inheriting the likes of Xavi, Andres Iniesta, Lionel Messi and Carles Puyol, Guardiola took Frank Rijkaard’s original blueprint at Barcelona to the next level, to the tune of 14 trophies in four years.

Already with the impending arrival of Mario Gotze, Pep will have outlined key areas of the pitch in which he will want to strengthen. His sides are units, and always play for the group, rarely for the individual; which was cited as a reason for Zlatan Ibrahimovic’s failure to cement a place in Pep’s Barca outfit.

This also might mean the end of the flamboyant Arjen Robben, who, although a terrific winger, is not a player suited for the direction Guardiola is looking to take the Bavarians. Youth will again be a main focus, and with so many German internationals currently residing in the Bayern starting eleven, you can be sure that Pep will want to continue this emphasis.

Mourinho will have his own job to do at Chelsea, if he does indeed pitch up there next season. He will most certainly want to oust his nemesis, Pep, thereby setting a precedent for himself and for the club. 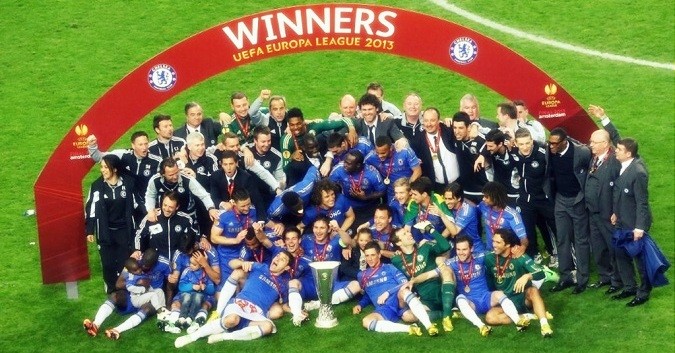 Chelsea folded completely when they came up against Atletico Madrid in last season’s showpiece, but they have another chance at the prize. The Portuguese certainly has the tools at the West London club, albeit without a few much needed enhancements.

With team spirit, coupled with core strength a favourite direction of Mourinho, he will most likely look to quickly identify his leaders on the pitch. With John Terry and Frank Lampard the wrong side of 30, a new batch of trailblazers could be rooted out of the current group, and/or brought in by the ‘new’ boss.

Petr Cech should continue to be a piece of the furniture at Stamford Bridge, although upcoming star between the sticks, Thibaut Courtois will be pushing for early acknowledgement of his talents. Branislav Ivanovic remains a firm favourite at the club, but Mourinho could look to identify a new, young defender to mould, as he did with Raphael Varane at Real Madrid.

Mourinho could look to young Nathaniel Chalobah as a potential superstar of the future. The striker situation at the Bridge is arguably the most interesting going into the new regime. With Fernando Torres and Demba Ba the only recognised frontmen on the books, it is anyone’s guess to how ‘the Special One’ will wish to move forward.

With Didier Drogba no longer king of the Bridge, Mourinho may look to bring in a similar front-man to spearhead his new-look side.

But before the restructuring can really begin, the Super Cup beckons. What is certain is that Mourinho vs. Pep, under entirely different circumstances, would be a fascinating affair so early on in the new campaign. Gone would be the safety nets of Cristiano Ronaldo and Lionel Messi, and tactics would take even more of a front-seat. Relish the thought.