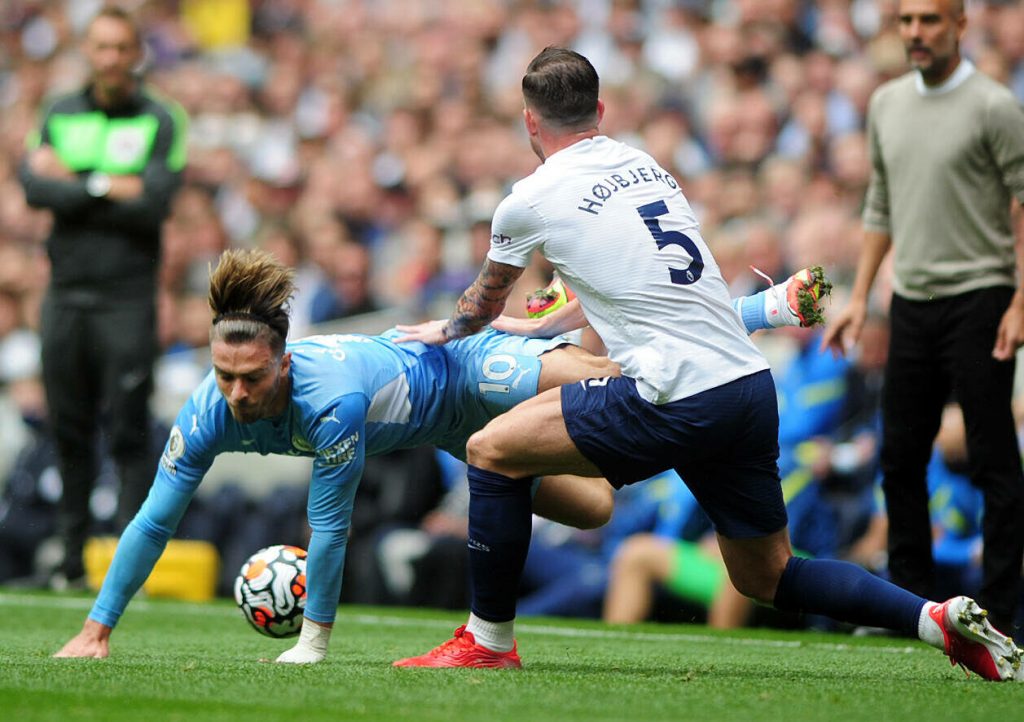 It’s Monday morning. The Premier League is up and running again. All of which means it’s time for ‘Three Things’ to return.

Our recap of the weekend action is back, and we promise it will once again pull no punches. Without further ado, let’s get stuck in!

Regular readers of this column will know that we have no time for divers. Mohamed Salah and Kieran Tierney were amongst the players we dug out for cheating last season.

In a development that will surprise no one that has watched him regularly, we’ve finally got around to adding new Manchester City signing Jack Grealish to the list.

His pathetic reaction to a wonderful tackle by Tottenham Hotspur’s Lucas Moura was cheating of the highest order. We wouldn’t expect anything less of someone who wears a hairband.

Spurs thoroughly deserved their victory, and Grealish’s late yellow card for a clear foul on Moura was poetic justice. He may go on to justify his huge fee. That won’t change the fact he is a mardy bum.

Arteta under the cosh

Mikel Arteta’s appointment as Arsenal manager in 2019 was tipped to spark a new era of success for the north London club.

Winning the FA Cup just a few months after replacing Unai Emery appeared to suggest that the Gunners were in safe hands with Arteta.

However, Arsenal have failed to progress since then, and their defeat in the Premier League opener at Brentford on Friday perfectly highlighted their deficiencies.

The Bees’ greater desire put Arsenal to shame, and Arteta is increasingly looking like he is out of his depth as a manager.

Sean Dyche has done a good job keeping Burnley in the Premier League over the past five seasons, but this could be the year where his luck runs out.

The Clarets were beaten 2-1 by Brighton & Hove Albion at Turf Moor, and their squad looks short of the quality needed for the challenges ahead.

Dyche remains hamstrung in the transfer market, with Nathan Collins’ arrival from Stoke City the only notable signing he has made this summer.

Burnley can be backed at odds of 13/8 to be relegated this season – get on!