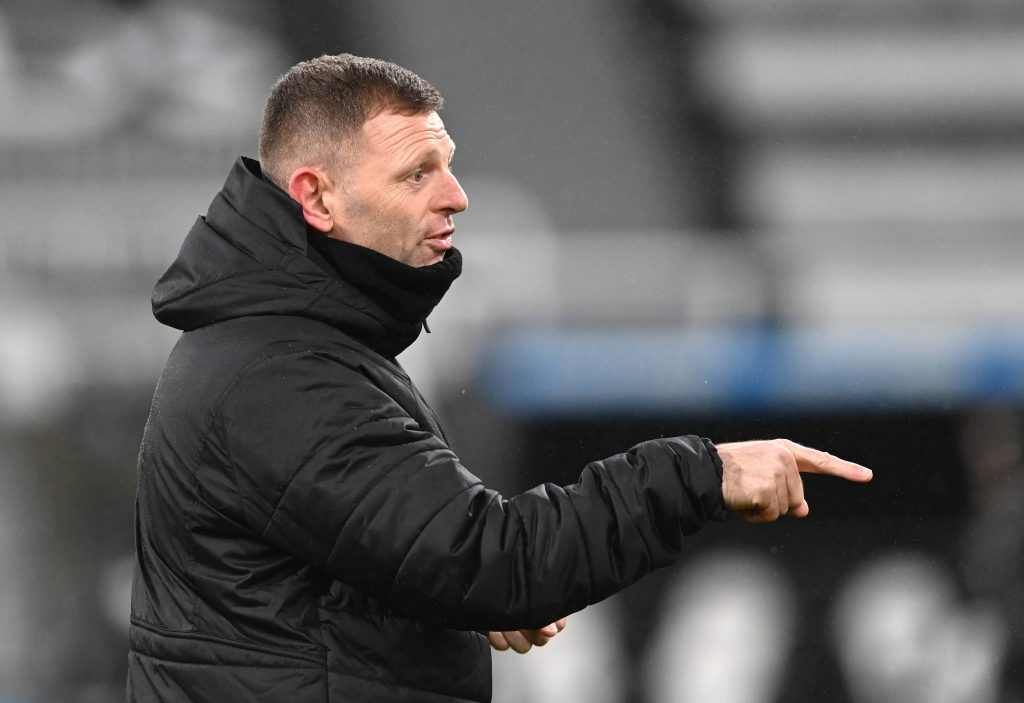 The Daily Mail claimed last night that several Newcastle United players want assistant head coach Graeme Jones to take over immediately from manager Steve Bruce until the end of the season, believing he represents their best chance of avoiding the drop.

It was reported that there is growing resentment towards the Magpies’ boss in the dressing room, and that the players no longer trust and like him, with a training ground bust-up between him and Matt Ritchie on Tuesday fuelling the fire.

However, the latest reports coming from The Telegraph have poured cold water on those claims, and Newcastle players are said to have contacted club officials to deny they wanted Bruce to be sacked.

Some have also contacted the Newcastle boss directly, and they have dismissed the idea that they all want Jones, 50, to take charge of the team moving forward.

The former Bournemouth coach is also reportedly embarrassed by the Sportsmail story, which claimed that he was in line to replace Bruce.

If the latest report is anything to go by, it can be deduced that Newcastle players do not want anything to distract them from the job at hand, and it appears that they are also against any division.

They need to pick up three valuable points when they travel to West Bromwich Albion on Sunday, and surviving relegation with Bruce in charge remains the ultimate goal.

A win will see them overtake Brighton and Hove Albion in the table should the Seagulls lose to Leicester City, while they could further pull clear of Fulham who face Tottenham Hotspur and Liverpool in their next two games.

While Newcastle would be without the attacking trio of Callum Wilson, Allan Saint-Maximin and Miguel Almiron until April, they have winnable games in their next three fixtures – West Brom, Aston Villa and Brighton – and how they fare would have a huge say on their Premier League status at the end of the season.

In other news, a report has shared what will happen to Newcastle takeover if they are relegated.