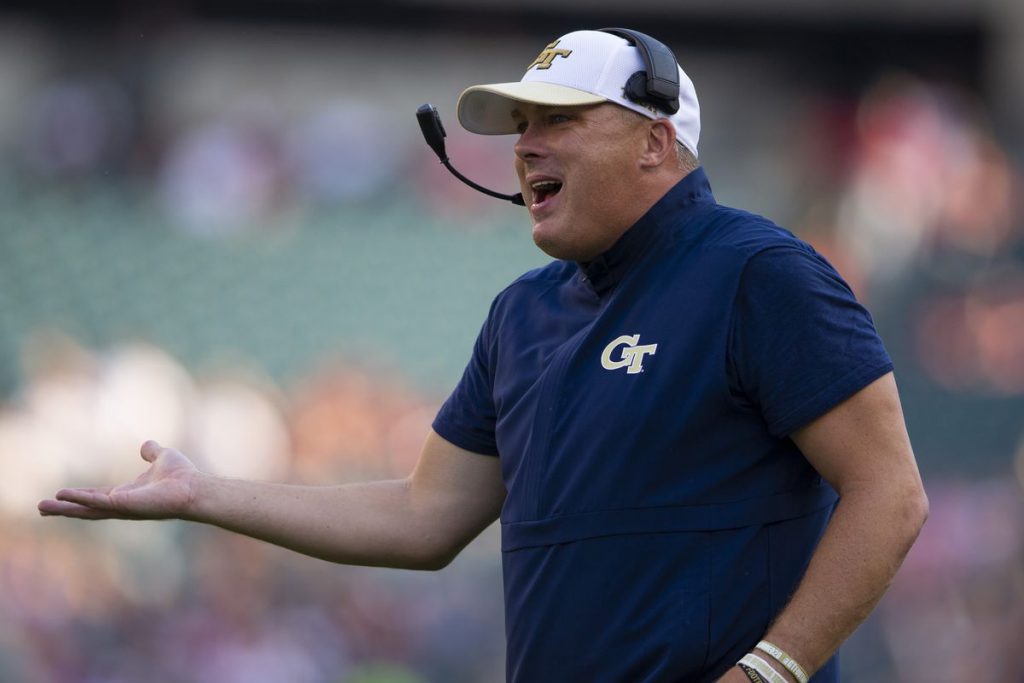 Geoff Collins knew his job with the Georgia Tech Yellow Jackets was in peril prior to this weekend. After the 27-10 loss to UCF, Collins was fired from his head football coach position on Monday. Also fired was Georgia Tech athletic director, Todd Stansbury.

Geoff Collins took his Georgia Tech team to UCF this Saturday as big underdogs. Collins likely knew a big defeat would put his job in jeopardy and would have been hoping for an upset. However, that was not to be and the Yellow Jackets went down 27-10.

That was enough for the university to hand Collins his pink slip on Monday as they fired him from his head football coach position. His record at Georgia Tech stunk out the place since his hire in 2019. Collins never managed to achieve more than three wins in a season and ended with a combined record of 10-28.

Key to the building

In addition to the firing of Geoff Collins, Todd Stansbury the Georgia Tech athletic director was also fired. Stansbury was responsible for the appointment of Collins and his backing of him even after his rough start to the position was ultimately his downfall.

With Collins out, the interim head coach position will fall to Brent Key. Key is a former team captain at the Yellow Jackets and was the associate head coach. The role of interim athletic director will fall to Frank Neville. Neville was the chief of staff and vice president for strategic initiatives at the university.

Get out and take this check with you

Georgia Tech could have saved themselves a few million dollars should they have kept Collins employed until January. His buyout at this time was $11.37 million which would have stood at $7.2 million in January. Ultimately, the university decided that now was the right to move on and will eat the cost as they search for the next head coach.