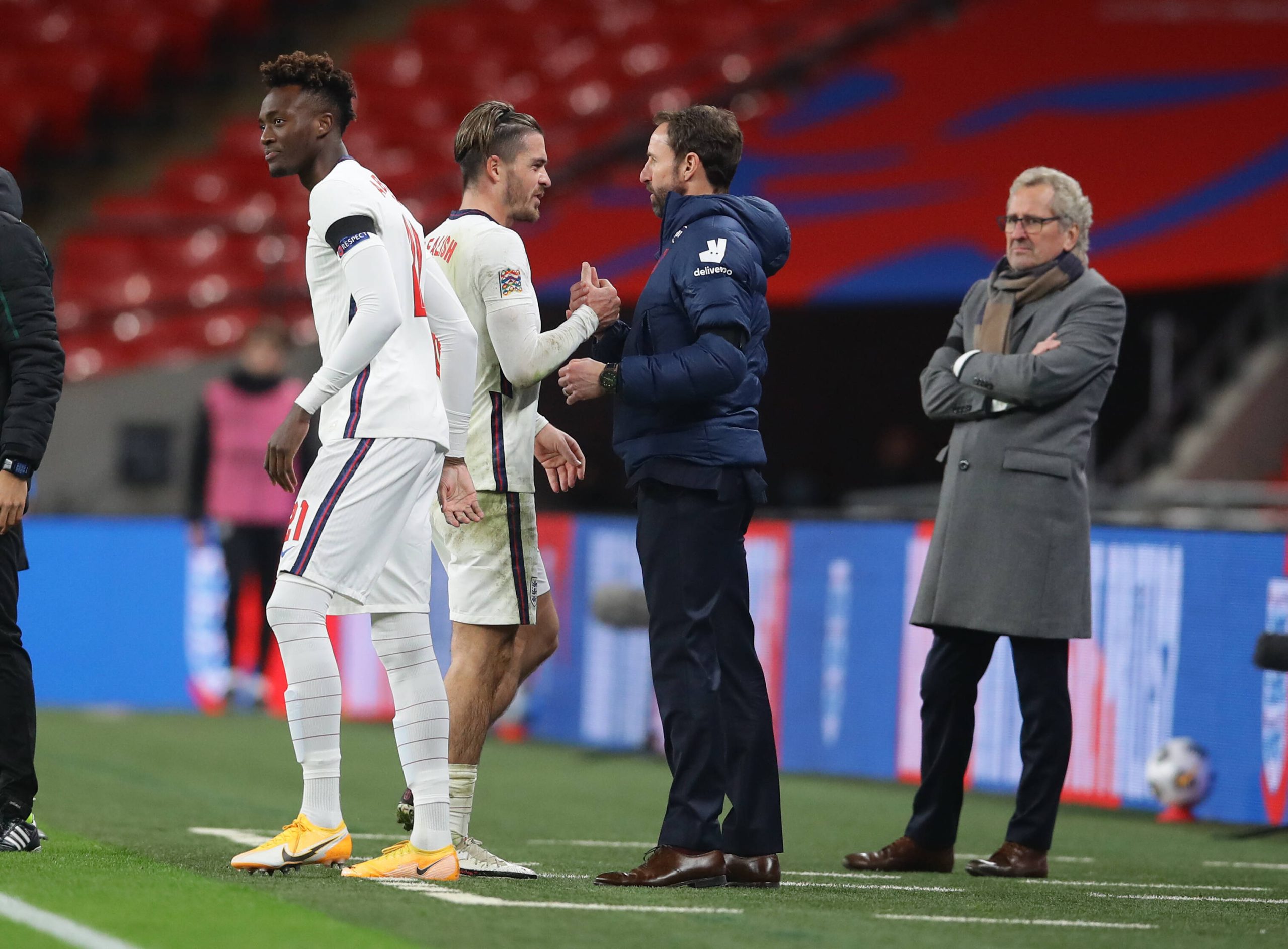 The 25-year-old missed 12 Premier League games this season due to injury, recently returning to full fitness and action.

Grealish ended the season with six goals and 10 assists and has been linked to Manchester United and Manchester City ahead of the summer transfer window.

The Villa star will hope to play a huge role and help fire the Three Lions to glory at the Euros, and Sky Sports pundit Gary Neville has sent a message to Southgate.

When asked during a Q&A session on Twitter whether the attacking midfielder should be a starter for England at the tournament, the former Man Utd star replied:

Southgate has Jadon Sancho, Mason Mount, Bukayo Saka, Phil Foden and Raheem Sterling to call on for the attacking midfield role, but Grealish brings a different quality to the table.

The narrow victory over Poland during the last international break was crying out for someone like Grealish to be on the field to provide a spark of creativity, and his skillset will definitely come in handy against some tough oppositions.

However, making Southgate’s list is not a given for the Villa star, and he will be nervously waiting for tomorrow’s announcement.

In other news, Villa reported striking target has sent a message to the fans.