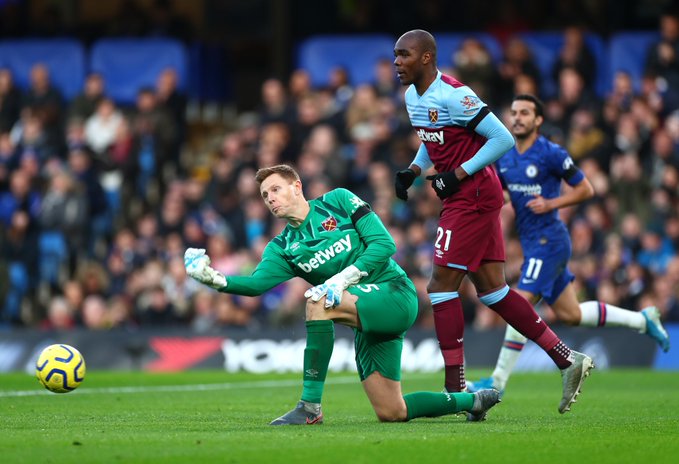 West Ham registered their first victory at Chelsea for 17 years after they won 1-0 against the Blues at Stamford Bridge in the Premier League clash on Saturday.

The Hammers ended their seven-game winless run in the process and relieved the pressure on boss Manuel Pellegrini.

Aaron Cresswell scored the winner three minutes after the break as he fired low past Chelsea goalkeeper Kepa Arrizabalaga.

The home side created plenty of chances early on as Christian Pulisic missed the target from a few yards out.

But Pellegrini was rewarded for picking David Martin in goal who was superb during the game for the Hammers. West Ham thought they were 2-0 up after 71 minutes, but Michail Antonio’s goal was ruled out for handball after checking with VAR.

West Ham enjoyed only 34% of possession and attempted five shots of which they managed to keep four on target, according to BBC Sport.