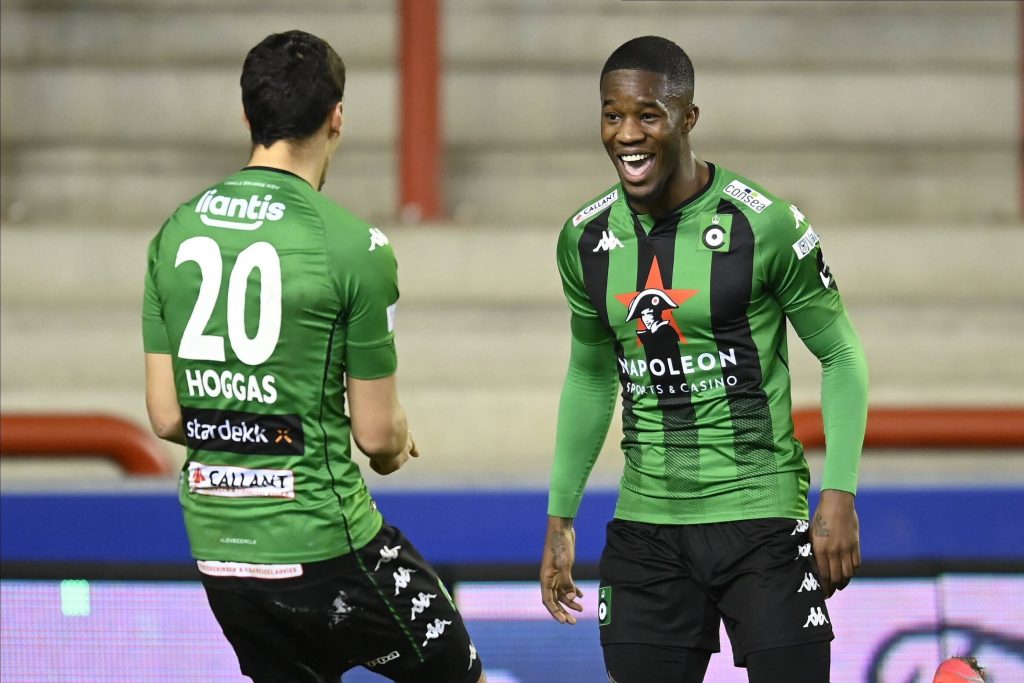 Fulham have joined Watford in the race to land the signature of Chelsea striker Ike Ugbo this summer, Football Insider claims.

The 22-year-old had an impressive season on loan with Belgian side Cercle Brugge, netting 17 goals from 34 appearances in all competitions.

His performances helped them avoid relegation from the top-flight. They had the option to sign him for £5million this summer, but a deal has failed to materialise.

The Hornets were said to have opened negotiations for Ugbo last month, and it appears that the Cottagers have joined the pursuit of the striker.

The Hornets secured automatic promotion from the Championship, but it was more of a team effort with Ismaila Sarr being the top scorer with just 13 goals.

They need more firepower up front with the return to the top-flight, and they could bank on the promise and potential shown by Ugbo over the past year.

Ugbo has not played a single minute of Premier League football in his career, and he could relish getting the opportunity with the Hornets next season.

Meanwhile, the Cottagers have dropped to the Championship after a disappointing league campaign, where they were relegated with three games left.

Aleksandar Mitrovic had a poor campaign with only four league goals, but he is proven in the second tier. He netted 26 goals when they sealed promotion last year.

The west London club will be favourites to secure top-flight promotion at the first time of asking, and it remains to be seen whether Ugbo can be lured.

With just 13 months left on his Blues contract, Ugbo could be available on a cut-price deal. The striker will want the assurance of regular game time at his next club.

Read: This Fulham defender is attracting interest from Arsenal and Newcastle United.