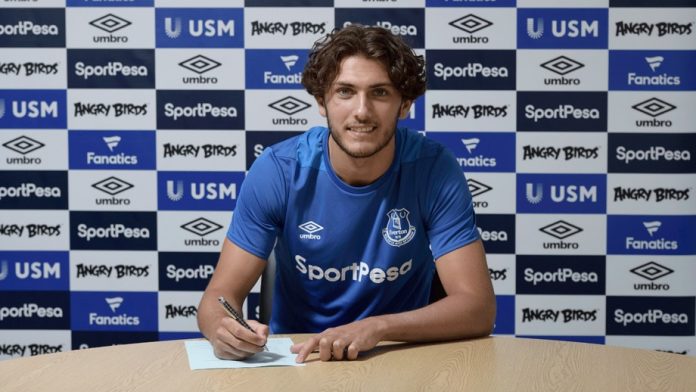 Everton have agreed a new deal with their talented young striker Fraser Hornby.

The 18 year old has now signed his first professional contract which will keep him at the club until the summer of 2021.

The U23 forward had a very impressive campaign last year and he has been rewarded with the new deal. Hornby was a key member of David Unsworth’s side. He also made his first team debut last season.

The striker managed to impress for the Scottish U21 side as well and he was a key player for Scott Gemmill at the Toulon tournament in France.

The former Northampton player is rated very highly at Everton and the fans will be delighted to see that his future has been secured now.

Having signed the new deal, Hornby revealed that it is a dream come true for him. He also maintained that he is enjoying his time at Everton, a family oriented club and he is looking forward to playing more and scoring goals next season.

This is how the Everton fans reacted to the news on social media.

Boss mate I can’t wait to see you play

Massive congratulations to You and your family Fraser!

Best of luck to the young man.

like the look of this lid, think he’s got big potential