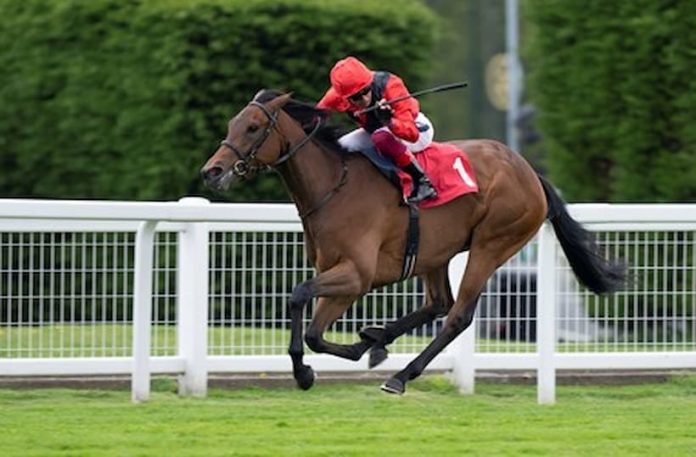 Frankie Dettori fans will be waking up to the news that his current sabbatical with top trainer John Gosden ‘MAY’ be coming to an end, after the stable have confirmed that Dettori WILL ride their Emily Upjohn in the 2022 Irish Oaks on Saturday 16th July. 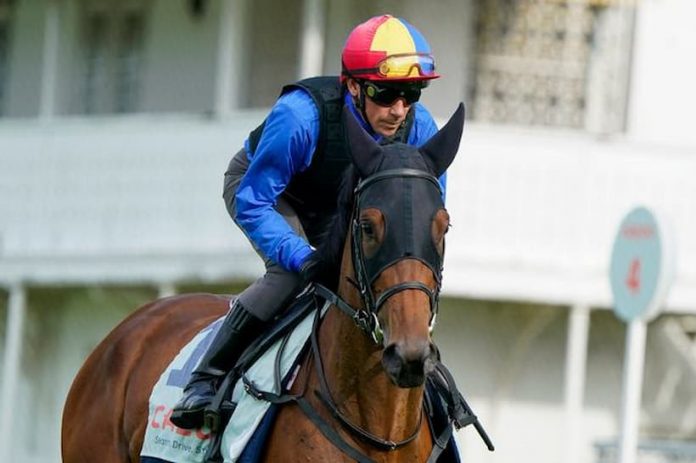 With Frankie on the Newmarket gallops on Tuesday morning, and more importantly riding for John Gosden, this is the big news hitting the racing world on Tuesday.

Frankie hadn’t ridden (or ridden out) for the yard since June 18th, following some connections being critical over his performance in the saddle – especially at Royal Ascot.

But Dettori was back in action for Gosden – yes, only on the gallops, but the fact he was asked back to give the Epsom Oaks runner-up Emily Upjohn a spin over a mile was a clear sign that this ‘sabbatical situation’ may be about to end soon.

Gosden was then quick to report that Frankie WILL also ride Emily Upjohn in her next assignment – the Irish Oaks on Saturday 16th July at the Curragh racecourse. Adding that is was his (Gosden) decision that Frankie rides the filly.

Gosden said: “Frankie was up here riding Emily Upjohn work this morning and it’s my decision that he’ll ride her in the Irish Oaks.” He told the Racing Post

Gosden added to the Racing Post “I’m pleased that Frankie has just got on with it and is getting rides everywhere, which is exactly what I wanted to see. He does seem to have taken a lot of pride about how few rides he has in a season. I’m very clear working with him that in the past seven years we’ve been careful how we’ve managed it.

“He doesn’t need to be charging off to the small tracks anymore, which is something we did in the 1990s together. I’m clear that we need to be a little more focused and a little less part-time. Friday may come a bit soon, but he’ll be riding that filly in the Irish Oaks.”

Could The Dettori/Gosden Sabbatical Be Coming To An End?

This latest move in the Dettori/Gosden saga is a clear sign that we should now be seeing light at the end of the tunnel from this ongoing story. 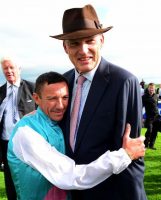 Gosden has praised Frankie on the way he’s dealt with the situation and that seems to have paid off for the pocket Italian. With the 3-day Newmarket July Festival this week (Thurs-Sat), people also have one eye on whether Frankie will get jocked-up on any Gosden runners – most notably Inspiral in Saturday’s Falmouth, but jockey arrangements for this week may have already been sorted. Frankie is playing the long and patient game and it seems to be paying off

Dettori does have some booked rides for Ralph Beckett at Newmarket this week – you can see which ones here.

Can Emily Upjohn Give Dettori His Sixth Irish Oaks?

Most certainly! Emily Upjohn will be one of the leading fancies for the 2022 Irish Oaks on Saturday 16th July after running a blinder to be second in the Epsom Oaks last month.

As most know, she only went down a short head in that race, but that effort was made to look even better as she stumbled at the start to lose many lengths – which seemed to cost her the winning chance in the end.

Yes, the winner – Tuesday – didn’t frank the form in the Irish Derby (4th), but she was running against the boys that day and it may just have been a bridge too far at that stage of her career.

However, with Tuesday and Emily Upjohn pulling 3 1/4 lengths clear of the third – Nashwa – and with that horse since boosting the form to win the G1 Prix de Diane Longines in France since, you feel Emily Upjohn will be the clear one to beat in the Irish Oaks this season.

Gosden said to the Racing Post about Emily Upjohn: “I was very happy with Emily Upjohn’s work which was on beautiful ground and she is pointing towards the Irish Oaks. It was nice to get her back on grass.

“She didn’t run at Royal Ascot as it came a bit quickly after Epsom as she’d already had three runs. She’s in the King George, but I have a lot of respect for the two Derby winners as well as the Arc winner so it makes sense to stay against her own age group at this stage.”