The “Frankie factor” has long been an influence on the best betting sites and markets. Ascot is the scene of his legendary Magnificent 7, where Dettori went through the card winning all races 25 years ago. QIPCO British Champions Day is one of the last big meetings of the UK Flat turf season with trainers scrambling to book the charismatic Italian jockey.

Even though he turned 50 this year, Frankie Dettori rides still have extra special attention on them. At the time of writing, he has four mounts for Ascot Champions Day 2021. These are subject to final declarations that take place 48 hours before the meeting.

Since QIPCO British Champions Day was introduced in 2011, Dettori has ridden seven winners on it. While he didn’t succeed with any of his mounts last year, he rode at least one horse to victory in five consecutive seasons at the meeting from 2015 to 2019. These include Ascot Champions Day doubles in 2018 and 2018 with star middle-distance horse Cracksman anchoring both.

Who is Frankie on board this year, though? He remains number one stable jockey to Newmarket father-son training duo John and Thady Gosden, but also has outside rides. Read on as we look at Dettori’s mounts on QIPCO British Champions Day 2021:

Dettori has built up an incredible relationship with Stradivarius, the winning most horse in British Champions Series history. The best Flat stayer of his generation has pretty much done it all. Stradivarius, now a seven-year-old, has been left in the 2m Group 2 Long Distance Cup by the Gosden team.

Although he only beat one home in the race under Dettori 12 months ago, the champion stayer prefers sounder surfaces. Stradivarius could encounter unseasonably decent ground in QIPCO British Champions Day for a change, even though the race hasn’t been kind to him since winning it aged four back in 2018. 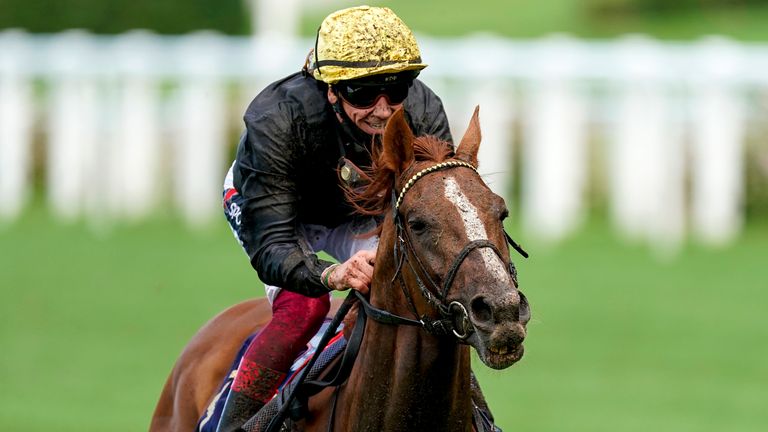 Dettori piloted him to Sagaro Stakes, Lonsdale Cup and Doncaster Cup victories earlier in the season. Stradivarius was only fourth in his bid to match Yeats’ Royal Ascot record when not given the best tactical ride and missed the Goodwood Cup on the going. The Gosdens may ask him to back-up a tough race when runner-up to Trueshan in the Group 1 Prix du Cadran over 2m 4f at Longchamp on Arc Weekend just a fortnight ago.

That may be a big ask, but Stradivarius is one of the most popular Flat racehorses in training. Much of that is down to the fact that Frankie Dettori rides him and the success they’ve had as a partnership. Stradivarius is a standout 5/1 with Bet365 in the ante-post betting on the Long Distance Cup for a race where his form figures read 3120.

Bet on Stradivarius with Bet365

Dettori hasn’t won the 6f Group 1 Champions Sprint Stakes since it was moved to this card and upgraded. In previous guises, however, he has four wins in the race first striking way back in 1989. Frankie Dettori rides Kinross for the Ralph Beckett stable this year and has a 50 per cent strike rate aboard the four-year-old.

A Kingman gelding, this type progressed in his first couple of starts for the campaign. After winning the Group 3 John Of Gaunt from last year’s Balmoral Handicap hero Nijord, Kinross took the Group 2 Lennox Stakes at Glorious Goodwood. Some cut in the ground is important to this horse’s participation.

Kinross was also far from disgraced when fifth in the Prix Maurice de Gheest over an extended 6f at Deauville this summer. He was only 1 1/2 lengths behind the recently retired Starman in third, who won the July Cup beforehand. Kinross then stayed on into fourth behind real 7f specialist Space Blues in another French Group 1, the Prix de la Foret at Longchamp.

In an open sprint contest, he may surprise a few under Dettori. This is only the third he has ridden Kinross, who remains unexposed at this trip. A standout 12/1 with William Hill could be a bit of each way value, especially if soft remains in the going description for Ascot Champions Day this year.

Back Kinross each way with William Hill

George Strawbridge owned filly Free Wind is the one Frankie Dettori rides in the 1m 4f Group 1 Champions Fillies & Mares Stakes – a race he has two victories in the last five years in. A typically progressive type from the Gosdens’ stable, the three-year-old daughter of Galileo is four from five this season.

From maiden company at Goodwood in June to Group 2 success on Town Moor at Doncaster in September, Free Wind is clearly going the right way. Victory in the Prix Minerve at Deauville in August when Dettori took the ride for the first time was a big step forward. She followed-up on that over an even longer trip during the St Leger Festival, however.

Free Wind bolted up by seven lengths over an extended 1m 6f in the Park Hill Stakes. She reversed past form with the runner-up Golden Pass. Dettori eased her down, so Free Wind was value for plenty more than the winning margin. Dropping back in trip shouldn’t be a problem on a galloping track like Ascot either.

Dettori steered Journey and Star Catcher to success here with the latter having a similar profile. Free Wind faces stiff competition from Emerald Isle raider La Petite Coco, who needed every yard of 1m 2f to upset Love in the Blandford Stakes on Irish Champions Weekend. She is 11/4 with Paddy Power to beat that rival here, though.

Back Free Wind at Paddy Power 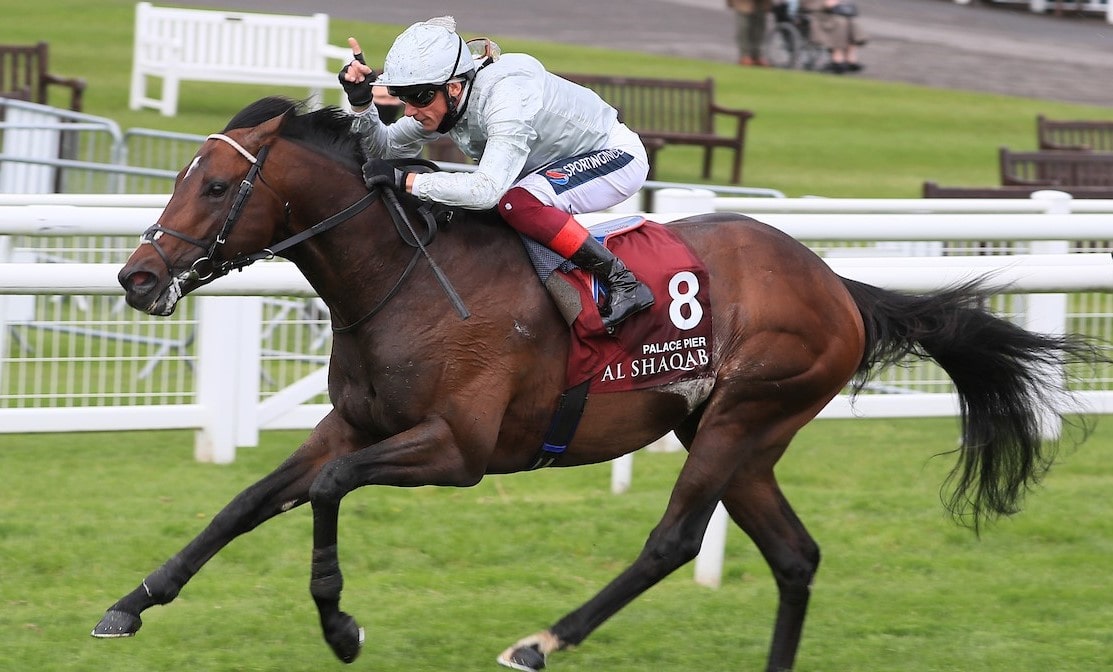 Last year’s Queen Elizabeth II Stakes third Palace Pier hasn’t put a foot wrong since. Perhaps losing a shoe in that renewal of the 1m Group 1 contest explained his defeat. Dettori has been ever-present in the saddle on the four-year-old Kingman colt. Palace Pier started the season off with a facile eight-length romp in the Bet365 Mile at Sandown.

After that, Dettori landed the Lockinge Stakes at Newbury with him from subsequent Nassau Stakes heroine Lady Bowthorpe. The front two pulled more than five lengths clear of the third. Palace Pier then hit his hat-trick in the Queen Anne Stakes over this course and distance at Royal Ascot.

Following a midsummer break, he then completed the four-timer by retaining his crown in the Prix Jacques Le Marois in Deauville. Palace Pier has claims of being the best miler in Europe, but there is a young pretender in the unbeaten Baaeed. William Haggas’ runner has been progressing at a rate of knots and took the Prix du Moulin at Longchamp in September.

Palace Pier has won off a 60-something-day break before, though, so he looks sure to give a better account of himself on QIPCO British Champions Day this year. William Hill are a standout 7/4 that he puts the disappointment of 12 months ago behind them. There may be more Frankie Dettori rides booked for the other Ascot races too.